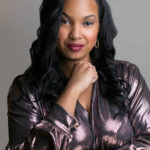 A WAY OUT part 2 now Available on Amazon Prime

Today we’d like to introduce you to Cortez Mooney.

I’m an actor and film producer. I have been living in California for 5 years now. I released A WAY OUT part 1 December 24, 2020 and with all the success we followed it up with part 2 which was released December 29, 2022. Both movies were released exclusively on Amazon Prime.

This film is really special for me and my partner /co star John Owens because we did this movie from top to bottom in house! A lot of people don’t realize all the things that go into making a film. In part 1 we hired a production company but this time my partner and I wanted to be the production company. So I was the producer, film director, director of photography, casting director, all of it so it was a real learning experience! That was a very difficult task and I’m glad I got that under my belt. Not too many can perform all those duties at a high level. So that in it self was an achievement and goal. I always wanted to run the show on set from top to bottom and in A WAY OUT 2 I delivered.

I’m a very creative director and writer. I like to make my sets feel like a party! If your on set with me your going to have a blast while also making a classic. The key to making a great film is everybody being comfortable and loving their jobs. That’s how you get the most out of your cast & crew cause that energy is recorded on to film. With me you will enjoy every second on set while making a movie that the public will enjoy watching.

Never quit cause it’s not going to be easy. Always remember if it was easy anybody and everybody would be doing it. Sometimes in our struggle things get a little rocky and it’s always easy to turn back to what you know or come from. Bite down, take the bumps and bruises because change is never easy. We all want instant and over night success. Which is very rare so you have to be ready to build and roll with the punches and a lot of the time adjust the plan. Staying focused and on track is the key to success because you will look up while every one else was out partying and enjoying life but you kept your head down and kept working. Now everyone is wondering how you accomplished these things? It is because you stayed focus on the bigger picture! Accomplishing goals and mile stones will always be worth more than living for the moment or the things perceived as important on social media or the “in” thing to do! Hard work is never on anyone’s to-do list but those of us that actually put that work in .. thats why we are paid the big bucks and elevated to boss status. No one wakes up great, it’s the behind scenes work that’s put in that makes you great.

Success is like looking at a glass of water half full. Depending on how you look at it. It’s never going to be enough! Success is like a drug because once you have it you have to keep having it in order to use the word success. So I have learned to be happy with what Jehovah God permits me to have – no more no less. If I look at success like everyone else looks at it that would mean I would need to keep up with the Kardashians and that’s impossible. I measure my success by measuring where I started and where I have made to and that right there in itself is a success story! I bet no one who knew me growing up envisioned me growing to be a successful Hollywood movie producer living in Calabasas.

A Way Out parts 3 & 4 are already filmed and being edited. I plan to release a movie every 6 months for the next decade and have built the infrastructure to do so. I own all my equipment and run my on production company. I only plan to pick up production while enhancing my film making with goals of filming four movies a year. I’m a set junkie! If I’m not on set filming movies I get depressed.

On Facebook @Walter Cortez Mooney & instagram @King_Tezo_ I only use those social media platforms because I’m committed to making them above the rest by providing them with exclusive content that can only be viewed on those platforms. I plan to be the first major producer to release a real movie on the Facebook platform for free.

A Sit Down With Rising Star “Yung Dolo“