Author Carl Robertson, Speaks About His Newly Released Book “Titans Of Corruption And Other Poems”

Today we’d like to introduce you to Carl A. Robertson, Sr.

Thank you for giving me this opportunity. My name is Carl A. Robertson, Sr., I am 66 years of age, and wife Carolyn Tate-Robertson and I have been married for almost twenty-four years. I am a recently published author, and the title of my book is “Titans of Corruption and Other Poems.” I served within the US Navy during the early 1970’s, and it was during those years (summer of 1974) when I became serious about writing poetry. “Titans of Corruption and Other Poems,” was written for the opened minded, and those who understand that our nation (USA), is falling further astray into corruptions, immoralities, injustices, and trickeries by some of those [rich with power] who claim to love this great nation; but who consistently demonstrates a lack of true empathy, compassion, and concern for all the inhabitants (no matter color, race, or creed) within America’s society. How have I gotten to where I am today? Much of what I write about within “Titans of Corruption and Other Poems,” comes from past and present experiences. The first poem of the book “Indignation,” expresses: “. . . the man is wrought into nothingness as he struggles from job-to-job like an addict, or slothful, or vile wanting no more than a steady pay . . .” That is/was me, and many others who I know of both men and women; who have had to face the same, just because they stood their grounds against what they considered as racial discrimination and injustice.

I am still trying to become successful. I have had to face many challenges throughout my lifetime. From an early age, I have had to battle racism within the nation where I was born, raised, educated, and served within its military. After military service, and during the mid-seventies to the early-eighties, I became involved with Civil Rights and Legal Services Organizations within the State of Georgia with the hope of eradicating racial disparities within America. I eventually became disappointed with the process, and decided to leave the matter of racial discrimination alone. However, during the late-nineties and while working as a Campus Police Officer in New Orleans; employment discrimination based on race and retaliation woke-up my tucked away—old sleeping dog. I decided that there was no reason for one group of people (African-Americans) within the United States to be treated so less favorably than all other groups (especially whites) of people just because of the color of our skin. Twice I have had to fight in Federal Courts (1998-2001; 2013-2019) as a pro se litigant because Legal Services has been depleted to almost non-existent. I have been ostracized to the point of being—ran out of town. And, even at the time of this interview, I must fight several social media platforms (Facebook mostly); because I believe that they are purposely and clandestinely hindering the promotions, marketing, and sales of my book “Titans of Corruption and Other Poems.” Circumstances are already proving what I have said.

The only work that I am presently trying to do—is promote and market my book. I specialize in nothing, but what I concentrate on, is being truthful, forthright, honest, and straightforward with what I articulate; no matter if is in my book “Titans of Corruption and Other Poems,” or if it is written within my Facebook author’s page EXPOCORRUPTION. My sixty-six years speaks for itself. I have worked with many individuals during the course of my lifetime. Most people like me, just because of who, and how I am; there are others who cannot stand me. I accept people for who they are, and I love all those I meet. If it appears to me that our vives are not right for one another (no matter male or female); I will eventually leave that person alone, but at no time will I have a grudge or dislike towards that person. As far as competition; I am no more than what I call myself “an ole school poet” writing, and possibly reciting poetic verse. Composing poetry which can arouse the opened minded to the logical thinking of the causes and effects of bigotry, while also using a unique style of rhythms, symmetry, and metaphors different from all others. I am different, that’s all.

There’s a poem “To Climb” within the book “Titans of Corruption and Other Poems,” which says: “. . . WHAT IS IT THAT I CANNOT BE, IS THERE ANYTHING TOO SHALLOW FOR MY EYES TO SEE? My inner self-doubts will stop me from reaching the top; therefore, I shall climb-and reach-and climb-and hold-and scale-and climb-and soar-and subdue until my destination is fulfilled and my climb will precede unhampered and in an undeterred manner because no matter how many or the number of obstacles my mind will not wither my goals will not falter . . .” That is how you find success; rest for a while, when necessary, but never completely stop and give up on your dreams. My first poem was written in 1974, my first poetry manuscript received a copy write in 1996, my first book of poetry was published in 2021.

Since I am talking about my book of poetry “Titans of Corruption and Other Poems;” allow me to explain what success means to me by what is written within one of my unpublished poems called “Let Me Tell You.” Within that poem the poet states: “I opened my eyes one morning, and saw how beautiful the daybreak peeps. It dawned on me how blessed it is to be awakened from your sleep. On my knees I begin to pray, and said thank you dear Lord for all that you give. Without your grace bestowed on me there is no way that I could live . . .” This is what success means to me. No matter how rich, or how poor, no matter the ups, or the downs; I am successful each day I awake from my sleep. Because through the blessings bestowed upon me by my LORD, HE has given me another opportunity to accomplish (or finish accomplishing) whatever HE has gifted me with, and/or destined me to do. Success is contained within my prayers, and believing that those prayers will be answered; when my LORD chooses to answer them. If I breath, I live; and if I live, I am always able to do, which includes being successful.

I am just doing what I am doing. I will continue trying to promote and market my book “Titans of Corruption and Other Poems.” I will continue writing and posting paid ads on my Facebook author’s page EXPOCORRUPTION. I will continue promoting myself with my writings, views and opinions, and hopefully within the next year I will be getting another of my manuscripts “Once There Was a Rose” published and released to the public.

I can be reached through email carobertson58@yahoo.com. I can also be reached through my Facebook author’s page EXPOCORRUPTION https://www.facebook.com/carobertson64. If interested in purchasing Titans of Corruption and Other Poems,” the book’s links are https://fultonbooks.com/books/?book=titans-of-corruption-and-other-poems, and/or https://www.amazon.com/s?k=9781649524027&ref=nb_sb_noss 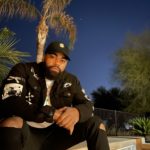