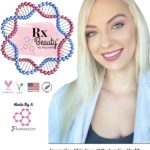 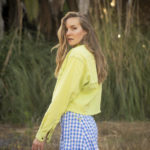 Emerging rapper/producer BABYPIKASO shares his single, on the 31st of September

Which also comes with an accompanying visualizer to match. The self-produced track is somewhat moody with its monotone synth, 808-heavy kicks, and sparse arrangement. On the record, he delivers a mix of bravado and personal elements that detail his quirky and nerdy persona. BABYPIKASO acknowledges it all and aims to make the best out of these experiences. His style of rapping is a bit off-center as he takes his time with the way he emphasizes words which in turn kind of makes him stand out. BABYPIKASO, whose real name is Augustus Egbokwu, is an American/Nigerian rapper who derives his production style from Pierre Bourne while infusing his funny/meme-infused rap style like that of Tay-k and lil yatchy to carve his path in the industry.  His new song Capcom which drops ending of the month…is just a taste and hopefully we get to see more off-kilter records from the young man.

Swedish Singer-Songwriter – Josefine charts a success story for herself as an incredible musical artist with constant hits.