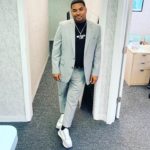 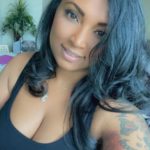 CAMARGONOTAS: Liz is back – re-energized and with new mergers

SUCCES: The superstar singer Liz, has come back filled with new ideas, surprises and creative fusions, keeping her at the forefront of the music that prevails right now in the international musical arena. She is continuously innovating and adapting to modern day times, even though it has already been a 30-year long career full of success. Amongst her most recent performances was her appearance in Panama, sharing the stage with Jorge Celedón, Eddy Herrera and other Latin artists. She also recently took part in the Telethon which was a great success.

SUCCESS: Hellen Stefany is a high standard professional in her area. Her professional prestige comes hand in hand with her talent for the arts, design and digital marketing. She is a content producer and a designer with a promising future. Both her talents and her passion to live life to her full potential are what define her. She currently stands out in the Gelatys firm, which is present in more than 3,000 locations throughout the United States. The company is achieving immense growth due to the quality of the product, the packaging, and the general image that make it one of the preferred choices of consumers. Recently Gelatys won the Food and Drink Awards for the “Most Innovative Artisan Gelato Brand – USA”, whose creation of the brand’s branding came from the creative mind of Hellen Stefany.

LAUNCH: Vivian Sleiman is over the moon with the success of her debut novel “Tuscan Poppy”. Having already written 3 Best Sellers, this is Vivian’s 4th book, where she debuts as a novelist. Her previous works “Virgin at 30”, “The Power of the Spirit” and “Virgin at 30 II ” moved people all over the world and brought an overwhelming, international success for Vivian. Now “Tuscan Poppy” is proving to be another great success – a book that you will not stop reading from start to finish. It is available worldwide through Amazon Kindle in digital and paperback versions.

ACHIEVEMENT: Javier Rondón prepares new productions by Sierralta Entertainment. Javier Rondon, executive producer for the international entertainment productions company Sierralta Entertainment Group, announced that they have great, brand new audiovisual productions for this last quarter and next year. Amongst the most important are the launch of the documentary “Because it Gives me La Gana ”, in alliance with Caracol Televisión, which is a documentary series that shows the story of how Latin urban music was born. Another documentary on the history of bullfighting legend Julián López (El Juli), and another mega production about the life of the Spanish presenter, singer and actor Bertín Osborne are also in the pipeline.

MUSIC: Cristhian Camilo Suescun Santiago, artistically known as SUES, is preparing to launch the release of his latest single “Fiera”. A song which he both wrote and composed himself and whose inspiration was born in Colombia and finally produced in Barcelona, Spain. “We wanted ‘Fiera’ to represent the force, the power and especially the magic of the fire element, which appears when we are attuned to that one harmonious vibration and when harmony exists between nature and humanity”, said the artist. “Fiera” is part of his full album called “My Sangha”, a Buddhist word meaning spiritual family. Sues wants to convey a message of family in his album, and with that, sing about familiar feelings that we can all identify with in songs such as “Mujer”, “Curacao”, “Si Supieras” and “Jurame.” His work is an eclectic mix of Latin urban beats with artistic spirituality. Sues is the world’s latest discovery of Colombian music who, little by little, is stealing people’s hearts with his charisma, beauty and musical talent.

SPORT: Neyder Lozano Ruiz is a young man born for glory. He is a young Colombian athlete, who found in Taekwondo his motivation to strive and achieved success, fame and a way of living from him. The life of Neyder Lozano is an example for many young Latin Americans. His life is full of sacrifices, but also many achievements, success and continental fame. He has won National Games in Colombia, has been champion in South American Games, champion in the Bolivarian Games, 6th place in the Seoul Olympics, 2nd place in the US Open in the US, and many great satisfactions in competitions worldwide.