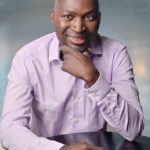 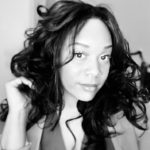 SUCCESSES: Daniel Luzardo, artistically known worldwide as DaniLuz, is a Venezuelan recognized as one of the best realism tattoo artists. Currently, Daniel Luzardo is based in Los Angeles, California, as resident artist of the highly renowned “Ganga Tattoo Studio L.A.” whose founder and CEO “Joaquín Ganga”. Has revolutionized the tattoo industry taking the tattoo to new levels never seen before; Ganga is formed by a team with the best tattoo artists in the world in the “Dream Team” style, whose projects are disruptive in the industry and of which DaniLuz is a part. A clear example of this has been the recent project that was released on social networks for the famous American rapper “Post Malone”, who underwent a professional session under anesthesia, where 3 tattoos and a dental intervention were made adding diamonds to his teeth. Daniel has had the opportunity to leave his art on the singer’s leg by performing a wonderful piece in his style. In his career he has received multiple awards for his impeccable work in tattooing. In 2017 he won first place at the Barranquilla Tatto Fest for Best Black and Gray Design, while at the La Plata Tatto Convention he received the award for Best Black and Gray Design and Best Realism. During 2018, events held in different countries also awarded his art: First place at the Insk & Cutz Convention, Second place for best realism at Svenska Tatuering Massan, Best of the day and Best show at the Amsterdam Tatto Convention, recognition which many tattoo artists they dream of achieving and Daniel has achieved 2 times. DaniLuz is a clear example of a diamond in the rough that he has been able to polish through his dedication, focus and experience, becoming a great outstanding tattoo artist in the hyper-realistic technique worldwide. We are attentive to see much more of the projects of this character that is leaving the Latin name high through his majestic art.

TOURISM: Luisa Santacruz promotes Colombian tourism like no other. At just 23 years old, she bought a house in Honda, Tolima; town where she was born and raised and transformed it into a vacation home (airbnb). With a lot of work and professionalism, Ella Luisa has become the hostess and main ambassador of tourism in Honda. She has in her hands through Villa Lulú & co, all the information that any person who visits that area and wants to spend quality time needs: restaurants, cleaning service personnel, kitchen, messengers and all the services they request. Luisa also stands out as a DJ. And personal trainer. Fitness is another of her passions. She has worked as a personal trainer for the largest gym chain in Colombia, called “Spinning Center Gym”. 2022 looks like a year full of great satisfaction for Santacruz.

PHOTO: Marcel Castellano conquers the world with his great talent for the arts. He is a model, stylist and photographer. His talent has reached many countries such as France, Holland, Portugal, Norway, Hong Kong, the United States, the Philippines and Sweden. He lived for a time in Colombia where he worked with the stylist Humberto Quevedo and collaborated with the “Miss Universe Colombia” and “National Beauty Contest” pageants, he was in the Dominican Republic where he worked with beauty queens and was a constant guest on television programs and in the Dominican Fashion. He has won awards such as Tacarigua de Oro and Tocando La Fama internationally. He currently lives in Mexico City and works as a make-up artist and preparer for major campaigns, models and actors.

MUSIC: Juan Sarcos began 2022 with the launch of his production “América Latina”, his second record label made up of 15 tracks. In this album the public will be able to enjoy and remember great works by renowned artists such as Armando Manzanero, Tite Curet Alonso, Felipe Pirela, Italo Pizzolante, Palito Ortega, Roberto Carlos, Erasmo Carlos, Emma Elena Valdelamar, among many others; achieving the perfect combination of talent from Venezuela, Mexico, Cuba, Argentina, Puerto Rico, Brazil and Spain in a single album.

MODEL: The Venezuelan top model Ligia Hernández, after closing the year with a bang and being on the cover of NotiAmérica magazine. She is in Spain, redesigning her new plan for this 2022 and anticipating what will be her future appearances in fashion shows, campaign advertising and its relaunch in the Mexican market by Tibi Rivas, a pillar of TB COSMOTALENT AGENCY. Ligia Hernández’s international career is always in constant growth and shedding glamor and beauty all over the world.