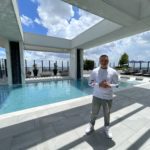 CAMPAIGN: The Wheels of Happiness Foundation launches Wheels of Hope musical campaign to raise awareness and funds. Wheels of Hope is a crowdfunding campaign aimed at supporting those who do not give up due to a physical handicap and fill their lives and those of their peers with joy. This stellar campaign is part of the communications strategies of the “Wheels of Happiness Foundation”, created in 2011 by Vincenzo Piscopo, after suffering a spinal cord injury that changed his life. Wheels of Hope is a musical theme by Lucio Herrera. Recorded between Spain and Venezuela, it has arrangements by Fran Carreira and the participation of prominent musicians from both countries. In the video clip, they appear together with Diana Patricia, La Macarena del mundo, and Lucio Herrera, young people with reduced mobility who integrate in perfect harmony with other artists, projecting a message of inclusion, joy, faith and hope in the future. Through this link https://vkm.is/ruedasdeesperanza you can make your contribution and help provide mobility equipment and develop comprehensive care programs for people with motor disabilities in several countries.

MUSIC: Maya begins with the promotion of her new single “Todas te saberes”. I recorded this song under the production of Jhon Paul “El Incredible”. Marielys Coelho, currently known by the name of “Maya” at an artistic level, has a wide musical repertoire made up of songs such as “Amor de Colegio”, “I miss you so much” with the duo Yorky & Mane, “Fly butterfly”, ” Love and friendship” and “The magic of dreams” that gave the name to what was his first record label. She has received awards such as the Tacarigua de Oro Internacional and the Tocando la Fama award, as Revelation Singer of the Year. She is currently studying sound engineering at Full Sail University, in the United States, with the purpose of improving her skills to produce her own songs.

SUCCESS: Carmelo Castro Antón is Venezuelan, currently living in the United States and his first degree was a Bachelor of Tax Sciences, a career he studied at the National School of Public Administration and Finance, however, he never lost his desire to learn and improve himself and That is why after graduating, he began a Master in Business Administration in Finance at the Universidad Latina de Costa Rica in 2009 and in 2016 he did a Doctorate in Political Science at the Rafael Belloso Chacín University in Maracaibo. Carmelo is a born entrepreneur, studious and above all persevering. He is an expert in Global Business, Business Valuation and Value Creation, and Ethics and Social Responsibility in Strategic Management.

CANCION: The young Venezuelan Santiprince is working hard to promote the release of his first EP. Santiprince is a leader in social networks. He has more than 700 thousand followers who applaud his music and his dances. The release of his first song will be next July. He comes with surprises both in music and acting internationally. A global artist who will soon make the cut on an international level.

EDUCATION: Gregory Martinez, leader of Luxury Sign Miami, is at the forefront in South Florida and has dedicated himself to leaving a legacy, teaching classes and knowledge to many followers and lovers of the art of neon led flex, acrylic, sign designs. all kinds, prints, paint, wood and led. He was certainly a pioneer in this area. His fame and popularity are at the top. Artists and celebrities like other companies have him as the best and unique in his style.

ART: The artist Karen Bibas is causing great success for her artistic works. She is a reference in the art of color. Her works of art are executed based on acrylics, strong colors, brilliant metallics and phosphorescent paints. She also makes sculptures in metal or glass. Her talent has no limits and her future as a plastic artist is promising internationally. She is unique and her style. Life is that, creativity, she says.

CINEMA: Oduver Cubillán is a Venezuelan filmmaker, producer, director, and screenwriter who has been working hard on the culmination of his film “El secreto de la luna.” He is in Miami to finish the production, which is already 60 percent filmed. His most recent success was the youth series Carolay, which was broadcast on the Venevision television channel in Venezuela with great success.