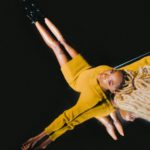 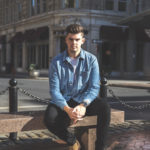 ENTREPRENEURSHIP: Carlos Camargo, has just published his first book called Happy and without ties. Make time your best ally, which is now available on Amazon Kindle. The text contains the prologue of the Univision presenter, Chiquinquirá Delgado, this book is an exciting journey through the author’s career of more than 38 years in the media. And within the 200 pages that make up this work, Carlos Camargo gives his readers fresh, dynamic and above all genuine recommendations, to put aside anxiety and solve work demands without losing the joy of living. His career as a journalist, producer and public relations specialist seasons each page of this book with anecdotes that reveal the exciting world of communications from an intimate and sincere approach to journalism. Thus, revealing some media intricacies and from his own experience with top artists, Camargo details how it is possible for him to do so many tasks, take advantage of time and enjoy life to the fullest. Carlos Camargo, is one of the most recognized Latin personalities of the Hispanic show business in the United States, and although he has many job responsibilities, his priority is to give rise to his great passions: to know special places and enjoy the simplest things in life. no pressure; His keys to achieving it are delivered in these pages full of years of experience, illusions and proven advice to be much more productive and happy.

SUCCESS: The Venezuelan actor Samuel Garnica continues to take firm steps in his career. Based in the United States, Garnica has stood out for his professionalism and dedication and this has earned him important recognition. Last year he was awarded 3 times for his performance in the work “Delicadas” by Alfredo Sanzol performed in the spaces of El Barrio Artspace. The awards received were: HOLA Award (Hispanic Organization of Latin Actors), ACE Award (Association of Latin Entertainment Critics of New York) and LATA Award (Latin Alternative Theater Award) for best cast of the year. Now, he scores another success by being the protagonist of the Broadway musical “On your feet”, in its world premiere in Spanish, where he will be in charge of interpreting the renowned musician and producer Emilio Estefan. The premiere will be next May at the GALA Theater in the city of Washington, DC; under the direction of choreographer Luis Salgado.

SINGLE: The renowned Dj Kretschmar premieres “What’s my last name”. Dj Kretschmar never ceases to amaze, from Spain, France, the United States and Latin America, “What’s my last name” is already heard, his most recent promo that is included in his album “Not So Commercial”. On this album are “Qué Inicia la Fiesta, Keke, Afro Tukiti, Flow G.T.A., I Love You and Follow That Dream. “Not So Commercial” is now available on all music platforms with the authorship of Alberto Kretschmar.

SUCCESS: Franklin Suárez  is standing out in the United States as a great filmmaker. He is a Venezuelan fighter and very talented in the audiovisual field. He has won awards such as Mara, Tocando la Fama and Tacarigua de Oro. Franklin works as a producer, cameraman and editor of the podcast “Camila Live” of the renowned Venezuelan presenter Camila Canabal, at the same time he is producing a series of interviews called “The colors, sounds and flavors of my land” as well as interviews for “Conversations with meaning”. Franklin is not only a great filmmaker, but he also has a great career as a presenter, broadcaster and journalist.

MUSIC: Venezuelan singer-songwriter Carlos Palacci successfully premiered the video for his song “Playa y arena”, a fusion of rhythms inspired in the Caribbean, and which is available on all digital music platforms. The video clip was recorded in the Province of Colón in Panama. José Hernández of JHFilms, based on Palacci’s own original idea, directed the visual material.Contact: @camargocarlos01

Meet Dylan Gehr: Founder of AdLeadz is On A Mission To Drive Small Business Revenues Through the Roof