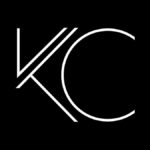 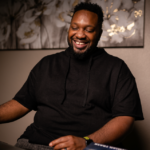 Cierra Esq, A Woman With A Passion To Serve: Overcoming Obstacles In Business Law

Cierra Esq has been in the law industry for five years and during her time, she has gained priceless experience and knowledge. She has seen success and failure, and she has learned from her own mistakes as well what makes a great lawyer and business leader. Over the last few years she has launched her private business and looks to help both her clients succeed as well as inspiring women around the world to chase their dreams.

A Woman In Law

Five percent of lawyers are African- American, and of that five percent, only one to two percent are women. Starting a career in a heavily male dominated field, Cierra overcame many societal obstacles from the start. Not being taken seriously, inappropriate comments, and many other discouraging situations made Cierra realize that her journey in law would be different. “As an example, I was regularly denied entry in court because My bar card hadn’t arrived yet and I didn’t look like an attorney.” Realizing the disparity that exists in the field, Cierra set out to make a difference. “I want to help women in minorities realize that they can do it.” Because of the hardships she faced from her environment, Cierra was determined to build herself up in her field and knowledge to ensure she could take on the law industry on her own.

Besides the unspoken pressures she faced as an African-American woman in law, Cierra also was confronted with the feeling of loneliness as she started her career. “Minorities remain minorities” explains Cierra, and she felt the discomfort that came with being in her specific field. When branching out onto her own, Cierra worked by herself for two years. “Because of the pandemic, I worked from home. Things became monotonous, and I started losing purpose.” When the world shut down during Covid, Cierra realized just how alone she was. Not letting the negativity control her mindset, she sought ways in which she could connect and do more, while still being home. Building her knowledge in digital marketing and social media, Cierra took the pandemic as an opportunity to build her own personal brand and business. If she was going to feel on her own, she knew that she was going to have to pick herself up and make it happen.

Growing In Leaps and Bounds

When stepping out on her own, Cierra didn’t let the fear of failure hold her back. She felt slightly bored at the thought of busy work at home, so she began to take risks. “I started out in high revenue, and I ended up making too quick of decisions. When placed at a slower pace, I found myself more stressed” explains Cierra. She learned early on that being consistent, steady in pace, and strategizing for slower periods was more valuable than being quick and hasty in decisions. Taking herself and creating a business wasn’t a piece of cake. Cierra worked hard day-in and day-out to be the lawyer she is today. With a passion to serve others, Cierra has strategized how she can better understand and help women in law and business flourish. Moving forward she hopes she can educate a broader scope of people in how to run a business effectively and legally as well as inspiring women in minority to take leaps themselves. If you are interested in learning more about Cierra and her work, follow her on Instagram or check out her website.

The Forex Industry Is Under Attack by Kerns Capital