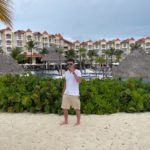 Her Loss – a collaborative album from Drake and 21 Savage – was one of the most highly anticipated projects this year. Initial reports revealed that the 16-track album’s first-week sales projections were somewhere in the mid-300K range. However, the rapping duo has gone on to blow those numbers out of the water. Unsurprisingly, they’re even looking at a No. 1 debut on the Billboard chart.

While HITS Daily Double initially thought that the new arrival would open at 335K – 350K, those numbers rose to 400K album-equivalent units in the record’s first week on November 8th. Now that the project has been out for a while and has been all over social media, it’s hard to deny that Champagne Papi and the 21 Savage have far surpassed those expectations. According to reports, Her Loss sold 411K units over the past few days.

397K of those came from streaming numbers, while 12.5K are from pure album sales. Additionally, pure track sales sit just shy of 1.5K. While they’re likely looking forward to seeing their name atop the prestigious chart soon, Drake and 21 Savage didn’t manage to beat out Taylor Swift’s Midnights in the race for highest traditional album sales.

As for streaming, Midnights managed to generate 303K units this past week, earning it a No. 2 position on the overall chart.

Are you surprised by Drake and 21 Savage’s first-week sales numbers? Sound off in the comments, and tap back in later for more music news updates.

Kushal Chandi Is Looking To Dominant The Exotic Rental Industry