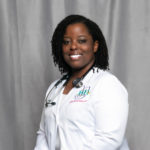 Eric El is a former club promoter and entrepreneur who now serves as a Digital Marketing Consultant  for Microsoft. Since retiring from the entrepreneurial life, Eric El has worked to create marketing systems for Microsoft Cloud’s thirty billion dollar service line. Although most would consider going back to corporate a setback, Eric El has seen this step as the next step in his professional journey. As he continues his work, he is hopeful that his story and experiences can help others to find purpose and success in their professional and personal lives.

Eric El first started working at an undersage club called Studio B when he was nineteen years old. The owner, Matt Osborn, would end up becoming a mentor for Eric El. Under Osborn’s mentorship, he did very well. Since it was an underage club, all he had to do was text his friends to show up for an awesome, legal party with music, friends, and collect a check. “Back then, we used MySpace, emails, texts and flyers to promote events. This was before social media marketing was even a thing.” Five years later, at age twenty-four, he was promoting twenty-one and older clubs and making close to 250k per year. “I was doing so well that I started my own marketing company for the clubs.” His company, TPD Productions, did so well that they were able to drive over $10,000,000 in annual sales for the clubs they serviced. All of this came to a halt when he and his partner TJ Dailey decided to open their own club named Republiq. “We had some lessons to learn. The biggest one was that we were open for eight months before we had finalized our liquor license.” Running a club without alcohol was a sure fire way to run the club out of business. Eric El and his partners ended up closing their doors for business less than a year later.

Not one to give up, Eric El took his experience, and newly learned lessons, to give the club scene another go. Connecting with a new partner, Shawn Olyaie, he joined another group called the 1923 Management Group. They were an established company with good success running clubs and restaurants and they wanted him to join them. He did. Serving as a partner and creative director for the company, the first line of business was to open a new club called the Munch Bar. For the next three years or so, Eric El and the 1923 Management group saw wild success. Personally, Eric El was thriving in his role. His job was easy in theory, but extremely exhaustive. The majority of his  job was creating graphics, sending out flyers and making posts to promote the clubs. The other side was actually running the club as the VIP hosts manager. If he wasn’t handling the marketing, he had to bring in all-star caliber talent to keep the crowds coming through the doors. After launching Munch Bar, he and his partners opened a new club called Aston Manor in 2013. Business was good here as well  and even recalls some of the celebrities they brought in. “We were bringing in artists like Drake, Justin Bieber, Scott Disick and others.” They would go on to launch several more venues – for which Eric El was responsible for the build and interior design. All in all, he became the go-to man as he continued to learn the different aspects of the venue and hospitality industry. On the outside, things looked like they were going well. “My partners and I were doing very well and opening clubs and restaurants left and right, but I started to feel a shift in my priorities.”

For the better part of twelve years, Eric El had missed every single important family event under the name of work. That’s when he realized it was time for a change. “I had spent all this time building these businesses, but I wasn’t sure how long they would last. Looking around me, most clubs don’t make it past five years.” He realized that he was pouring all his energy into an industry that would never be stable. So he called it quits. He sold out his share and looked for a new job that used his particular skill set. After a few years with different marketing agencies, he landed his current gig – a contractor with Microsoft Cloud. He now works with stakeholders that have a primary focus on financial services, government, energy, manufacturing, automotive, and other big industries. Essentially, his job is the same, but instead of promoting clubs, he now helps promote Microsoft Cloud to other business partners.  “I help orchestrate blogs and social media strategies, plus organic and paid campaigns for our line of business.

Several years later, Eric El is enjoying both his professional and personal life. “With clubs, I never had time for enjoying life. I enjoyed the work, but didn’t enjoy the life. I now have time to do what I love and enjoy my life.” He believes the lesson he learned is one that everyone should learn, young and old. Whether you are an aspiring entrepreneur or a seasoned professional, it’s important to make time for family and friends and most importantly, yourself.  When he is not working, he enjoys traveling the world – particularly in London and southern France,  playing basketball and spending time with his girlfriend Kelsey and his dog Enzo.

Restoring The Value Of Health With The Hydration Diva, Kristen James!