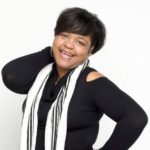 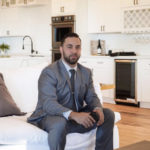 Exclusive Interview with B.D.Kold (army of the lord productions)

oday we’d like to introduce you to B.D.Kold (army of the lord productions).

Born Brandon Dwayne Stovall B.D.Kold grew up in a small working class community outside of baton rouge, La with both parents working he found his way as a trouble maker at an early age, at the age of 13 he decided to run away from home stealing a car and making it to Alabama where he totaled the vehicle running from state police. Lucky to be alive he began to search for his purpose in life. As he grew up over the years rapping became his passion and what he decided he wanted his career path to be, as he began to pursue rap on the local scene he began to come in contact with the street life, being young and from the middle of nowhere it enticed him as he started to see the guys around him earning respect as well as money through the drug trade as they were rapping in the local clubs, after years of battling multiple addictions and countless run-ins with the law in 2014 he entered into a disciple program a few towns over from where he grew up, as he began to learn the word and biblical precepts God begin to put it on his heart to reach the people that were like he once was, this today has brought him to an attitude of winning the lost at any cost and gave him a fire filled aproach to his music

God has removed multiple addictions from me, he has pulled me out the streets and cleaned my heart up, no I’m not perfect I still have many things that I need to allow him to work on in my life, but he gave me a second chance, so I give my platform to him, in hope that those who are lost and lonely, those who feel like I felt when I was spinning in circles and dealing with all those hard times, I want you to know that God will meet you right where u at and change not only your life but your heart, all you have to do is ask, he did it for me, I know he will do it for you
In Jesus’s name.

I am owner operator of army of the lord productions, we pride ourselves on bringing industry level instrumentals at bedroom level prices, bdkold.com is where you can find beats, I have produced 2 albums for my brother detrane with Baton Rouge music company, I have released 4 projects under the stage name b.d.kold, bdkold.com/music is where you get a free download my mixtape distribution of Hope which has my song “Lost” which has over 500,000 streams on Spotify and has been featured on worldstar on it.

I believe that God has created everyone for a certain purpose and with a vision for what he saw them as in mind, my best advice is to sit alone and talk to God, seek council with him, ask him things like, Father God will you allow me to be who I saw me as when u created, will you remove those things not of you, not only will you remove them but will you replace them with your ways lord, in Jesus’s name.

At this point in my life, success would be measured by those things that money couldn’t buy, to have my family taken care of, to have finical freedom, to know that I’m doing what I’m called to do and making a living off it, that would be success to me, there are things in life that are far greater than cars and jewels, I pray those things come to my life, that would success for me, for my mother to be happy and worry free, for her to be able to rest at night and not have to worry about me would be success to me.

Well I will continue to make beats and offer those to artists who are ready to work, unlimited leases start at just $25, exclusives start at just $125, I will be looking forward to working on my next project Colossians chapter 2, which will be dropping May 6th 2022.