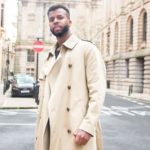 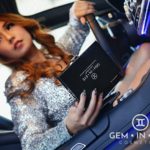 Today we’d like to introduce you to Chelsea LeSage.

I grew up in Pittsfield, Massachusetts in the heart of The Berkshires and was exposed to music and the arts very early because of my parents, Sharon and Paul. They had me start playing the clarinet in grade four and from there I developed a passion for playing other instruments as well as singing. That drew me to the melodies and pentameters in Shakespeare’s language. That was when I was hooked and knew that I needed to be an actor. I was very fortunate that my high school participated in The Fall Festival of Shakespeare-in affiliation with Shakespeare & Company of Lenox, MA. I also had an incredible musical theater director, Jessica Passetto, who encouraged me to move to New York City. I graduated with a BFA in Acting from Marymount Manhattan College in 2014 and am incredibly grateful that I have been working as an actor ever since.

I’m not sure exactly how the phrase goes, but it is true that things that are worth doing do not come easy. I think the hardest part for me as a young actor starting out was learning that rejection is just a part of the job. It also was difficult to overcome the fact that you simply cannot compare yourself or your looks or your performance to someone else’s. That only hurts you and impairs you from sharing your true, authentic self.

I guess I wear a lot of hats. BUT-it never feels like too many! Acting has lead me to directing, producing and modeling. Being actor’s director has definitely given me an advantage as I can relate to what my actors are going through. Being a female director also is so worth the fight against the competition-ensuring that our visions are brought to life. I’ve gotten to travel several continents acting and modeling-which is still insane to me. I played Henry V in Europe and it lead me to being a resident actor and now director at the Off-Broadway playhouse The Trinity Theatre, through Stag & Lion Theatre Company. I co-run both CL Squared Productions and Golden Grand Piano Productions. Through CL Squared, I play Julie Golightly in Charles Lincoln’s “21st Century Demon Hunter,” on Amazon Prime. Golden Grand Piano, (Dan Guindon and myself) just wrapped our fourth project! Creating my own work with my partners has opened so many doors and I always strive to achieve the best product I can. It’s all been such a whirlwind!

I guess the best piece of advice I can give ( no matter how cliche it may sound) is to just not quit. If you have a passion, drive and talent to be in the industry, then do not give up. It does take some luck, but if you stick it out and work hard enough-you can accomplish your goals and then some. An acting teacher once told my Shakespeare class that if we could do anything else with our lives, then to do that thing. And I could never imagine doing anything else. It’s worth every rejection, heartache, stress and every little bit of chaos that comes with it.

Success, to me, really means that you, as your own individual person, feel that you are doing work that you are consistently proud of and that you keep setting your sights on climbing up that ladder to whatever your next goal may be. And that you enjoy what you do each and every day!

“21st Century Demon Hunter” has another season landing on June 6th! I am so excited for the world to see what misadventures Julie has coming up next. Also through CL Squared Productions, Charles and I are in production of the horror feature film “Bishop’s Cove” that he wrote and is directing and that I am playing the antagonist The Nameless in. That will land in 2022! We also have two podcasts called Charles and Chelsea’s Cinematic Autopsy and Chelsea and Charles Beyond The Belle where you can listen wherever you listen to your podcasts!

Dan and I have been up to a lot of fun things with Golden Grand Piano! Landing soon we have my feature film directorial debut “Macbeth: A Cursed Film” and John Ramaine’s “The Confession of John Wilkes Booth.” Both will be on Amazon Prime later this year. Dan and I are constantly creating and I’m excited for everyone to see what we are up to next!

I also just accepted a role on a tv series! I can’t say anymore yet but soon enough, my friends, soon enough!

You can find me on Instagram at @chelsea.lesage or on my website www.chelsealesage.com! For modeling, my mother agency is We Speak Models and my agents for acting are Bailey’s Entertainment Group and Gonzalez Model and Talent.

GEM IN EYE Cosmetics: The story behind the buzz and what lies ahead