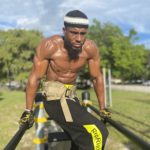 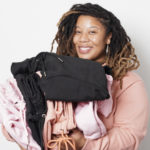 Today we’d like to introduce you to Cloyce Dickerson.

I have 25 plus years of healthcare experience, I’ve spent the last 20 years successfully building high performing teams. 5 years building a start-up entertainment management business, taking a leap of faith getting into the business with no industry experience. Opened the first office and 16 months later opening a second office.

The driver for most of my success has been my desire to keep the doors of opportunity open for African Americans that would come behind me. That mission keeps me striving for excellence.

My greatest obstacle has been the fear of failure early in my career, experience and maturity. What I’ve learned on my journey and quest to build high performing teams is to embrace failure, changing my perspective learning that failure is the first step in ensuring success.

As a young leader my teams were successful but they never reached the level of being a high performing teams, they would ALWAYS reach a plateau and ultimately level off, never truly reaching their potential to be great. When I took time to view the skill set, their views their backgrounds, their ethnicity, religion what I began to notice was homogeneity. Everyone was very similar, which ultimately lead to a solid but eventually stale culture. Creating a culture that didn’t promote different ideas or individuals that were willing to look beyond themselves and their own views to solve problems from different perspectives.

I’ve been able to disregard being uncomfortable. Leaders often surround themselves themselves with familiarity, surrounding themselves with individuals that think like them or that have similar belief systems.
If your a leader that isn’t comfortable with change, I’m willing to go out on a limb and say that your leaving opportunity on the table to move from being a good leader to a great leader. As an avid fan of sport if you look at any of the great coaches that have managed to have sustained success throughout their tenure they’ve changed their strategies based upon the skill set and the talents of the players in which they’ve inherited. Those great coaches were proficient at assessing the skill-set their players and utilized their differences to create a symphony of beautiful music that worked well together to win.

Leadership in business isn’t any different than the principles utilized by successful coaches. This principle sounds simplistic but difficult to achieve as a result of our own fear to remove ourselves from our zone of comfort-ability. Fear of failure inhibits our ability to approach life and business differently than we always have, especially when what we’ve always done has lead to success.

My willingness to embrace failure and step out of my own comfort zone has increased the velocity of SUSTAINED success.

Fear of failure inhibits our ability to approach life and business differently than we always have, especially when what we’ve always done has lead to success.

Are you encouraging your valued players to approach problem solving from different perspectives or are you stifling the growth of your valued assets and limiting the growth and success of the team. Are you challenging them without discouraging them? Building high performing teams starts with leaders, a leaders discipline and ability to have honest ego free introspection. His/her/their ability to forgive themselves for their failures, then assess and learn from those losses and failures. Fail often, fast, analyze, forgive, succeed and repeat.

*ALWAYS listen to the feedback and input of your employees, you don’t always have to agree but truly listening affords leaders the opportunity to understand how your valued resources critically approach problem solving. If we can set our ego’s aside we may also learn something that make us more effective leaders. Conversely, if we aren’t intentional in creating a safe space for creative/diverse ideas to be articulated your valuable resources internalize their perspectives: your organization may miss valuable insights and work against establishing a culture of collaboration and teamwork.

*Change your perspective of failure: learn to forgive yourself and move forward. Assessing our mistakes is essential in our ability to move forward.

*SUSTAINED Success takes self-disciple and personal sacrifice, there are no shortcuts.

Success is accomplishing whatever mission you strive to complete. In a leadership seminar several years ago, the instructor had each leader develop a mission statement for themselves that was six words or less. Mine was as follows: “Developing people to lead beyond tomorrow”. It’s been greater than 10 years since that valuable exercise was completed and I live by it everyday, it’s my legacy.

To continue building high performing teams, developing the individuals on those teams to lead beyond tomorrow.