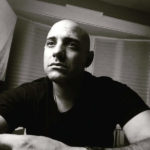 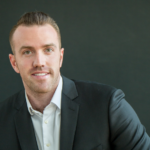 Today we’d like to introduce you to Manny Blue.

The pleasure is mine. Great question. It took a lot of growth mentally, a lot of sleepless nights, some sacrifices had to be made but most importantly, changing my mindset. I began my journey back in 1999. I knew at a young age that I didn’t want to have a regular life. What I mean by that is, I didn’t want to just work in corporate America. I had dreams and ideas and everyone that I saw doing what I wanted, was not working for corporate America. I formed a boy band in the likes of Backstreet Boys and N’SYNC, with some of the guys in the neighborhood. We created a buzz in the neighborhood and one thing led to another. After several independent record deals, different boy bands, rock bands and solo projects, I went on a hiatus from the music world. I faced several obstacles, but I found myself venturing into other things. In 2019 I launched my company. Last year I self-published my first book which lead to other projects. So, it’s been a great journey. This year I’m working on new music, a book project. It’s going to be a busy year.

One of the biggest challenges that I faced was in 2015. I felt as if I hit a brick wall in life, I felt stuck and that led me to hit a level of depression and contemplated suicide. Along with that breaking old school way of thinking and being so skeptical was hard. Growing up we are programed a certain way. Having to reprogram how you think can be a challenge. I had to re-build my self-confidence in that process.

When I launched Blue Legacy Capital LLC back in 2019. My mission was to have a company that focuses on helping individuals and families, strategies and become financially stable, utilizing different financial vehicles to protect their income, asset, etc., regardless of their income. A lot of the families in our communities are being overlooked by these traditional firms because, one, they don’t make enough or two, they don’t have the net worth to be taken as a client. The traditional educational system failed us in that area. The world runs on money, and we don’t learn about it where we spend most of our time growing up. I also work with people that want to reach the next level of life, but might be an introvert, or perhaps lack confidence and are looking for a breakthrough.

Say yes more and less nos. If an opportunity presents itself, take it, run with it, and learn as you go. Surround yourself with ambitious people, people that have goals, that encourage you to do great. Last, but not least, don’t be afraid of failure. “Failure” is nothing but a lesson. You cannot lose. You win either way. When you take a shot at something, you win or you learn, what’s so bad about that?

I think that’s a tricky question. Success can mean so many different things. For me personally, is being in control of my time, not having to worry about money, being in good health, my family being in good health and spending as much time with them as possible creating memories.

My biggest goal this year is impacting the youth more and finding ways to provide more value to the communities I serve. As I mention earlier, new music and more books to come in 2022-2023