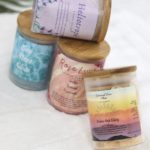 Today we’d like to introduce you to Mark S.Berry.

I have worked with Grammy nominated artists such as David Bowie, Duran Duran, Billy Idol, Boy George, Yes, Joan Jett, Cameo and Kool & The Gang, attaining 36 international Gold & Platinum record awards for the artists I worked with as a producer, engineer and mixer. I relocated to Toronto, Canada in 1991 and produced such Canadian artists as Burton Cummings of The Guess Who, I Mother Earth, The Killjoys and many others. My first credit on a record was for Carly Simon’s “You’re So Vain”. “You’re So Vain” was recently voted by Rolling Stone Magazine to be one of the 500 Best Songs Of All Time. You’ll never guess who the song is really about.

It Was: No Rich Parents, No Handouts, No Favours…Straight Hustle l All Day, Every Day !!! Since founding our Film and Tv division: AMG Visuals .AMG has executive produced, financed or distributed several feature length film projects, including Drake: Homecoming and the upcoming General Two Gun multi-episodic TV series; The recent pandemic has thrown a serious curveball in our plans. We stayed active, instead of running for cover and many opportunities were presented to us. We are currently looking for investors for our exciting new projects.

We are a new kind of media company for a new world. A world which demands that deals are transparent and fair. A new world in which service to artists, writers and filmmakers is key. The only significant international company to combine music & film production, film distribution, music publishing, recordings and visual content under one roof. Our purpose is clear – to support your career and maximize your income streams, Globally. We are very selective on which projects that we take on. It’s not about how big the cheque is for me:I’m about quality.

My best advice is to focus on the desired outcome. You have to clearly define what you want and figure out how to get it. It’s the “How” that excites me. I also trust my instincts 100 percent. If I’m not passionate about a project, I will respectfully decline. It’s okay to walk away from the table if you do not like the terms presented. We at The AMG Corp value: Integrity, Courage, Accountability, Respect , Excellence and Great people.

The word Success to me is being proud of the projects that I have actively been a part of. I believe in completing what I started and accepting the end result. Every new project gives me an opportunity to learn, grow and showcase the many talents of our team. When opportunity meets preparation then you have success. I pride myself on always being prepared.

Factory Film Studio and my company AMG, have announced a Strategic Partnership and Joint Venture to align the mutually beneficial assets and associations between our two companies. We will financially produce feature film & multi-episodic television/streaming series content under exclusive license with both entities. This joint-venture will consider creating content that maximizes both entities unique ability to manage & exploit both visual & audio intellectual properties across a broad spectrum of platforms & services. We are extremely excited about the alliance with Michael Patrick Lilly and Factory Film Studio. Its assets and alignment synchronize perfectly with our motion picture and television/streaming division that will translate to substantial accelerated value & revenue for both parties.

Successful Spa Owner Is Now Teaching Others How To Build Their Own Spa!