Today we’d like to introduce you to Michael D Washington A.K.A MR.120DREAMS.

Michael was born & raised on the west side of Chicago, & come from very humble beginnings. At the age of 10 he lost his Mother(Denise) R.I.P to sudden sickness in 2003, he preferred not to discuss the cause of her death. BUT he truly missed his mother so much, he didn’t get the chance to really get to know her for himself, not much time before she passed away. Thank God For Michael’s grandmother(Lucille) R.I.P she took him under her wings early. They had a strong bond and without her, he doesn’t know where he would be today if it wasn’t for her. Furthermore, Michael’s Sophomore year of College in 2013, he lost his grandmother from an illness (Cancer). Michael would repeatedly tell his grandmother, “We are going to be wealthy one day”.

“Back in 2010-2011 Michael was a sophomore at Christ The King College Prep High School, interning that year at CME Group(Chicago Mercantile Exchange) & Chicago Board Of Trade. That year changed everything for him, It was a culture shock year he said. One day in particular he recalled going down onto the trading floor at The Chicago Board Of Trade, Having the opportunity of shaking the hands of the brokers which represented the banks/institutions. “I would never forget, as we were shaking their hands, they would say “My name is Steve and I represent Goldman Sachs and I make $50Million In commissions.” “My name is Mark I represent USBANK and I make around $100Million is commissions.” “At this point I’m mind boggled, But at the same time questioning these numbers. Where I’m from we were only told we could make 5-6 Figures, After meeting the brokers we headed back to the CME Group Building. Before we Left the board of trade building, one of the workers wanted to take us to the lower basement garage to show us the cars the brokers owned.” -Mike “Once we hit the basement level and the elevator doors opened, all we seen was Ferrari’s, Lamborghini’s & Rolls Royce. Did I forget to mention there were heavy security down there making sure nothing happens to those expensive cars.”

“Back in 2013-14 I made a promise to a few close friends that I would pay it forward and pass on whatever knowledge I acquired about FOREX”. The most effective way to past this skillset was in video form.” So We created “120DreamersAcademy” a simple step by step FOREX blueprint.” Shows Any Person, from any walk of life how to properly invest & trade FOREX from beginning stage all the way to advanced. We have so many success stories and social proof of our results.

You don’t have to be passionate about investing but just have the mindset of leveraging and taking advantage of this investing thing to put the money toward what you’re really passionate about. Your dreams and goals can be monetized with learning the skillset of investing and trading. #CheckCheck

“Success is being able to pass this skillset on to others like Nate, to me that’s priceless, indescribable feeling.” -Nate Leonard

“Started trading a year ago, finally got up the courage to ask Mike about Forex(Foreign Exchange Markets), I used to work with him years ago at BestBuy. I was always wanted to know about the charts, & what he was doing. Was it a scam? Does it really work? I was like nah, let me stick to what I’m doing. But I finally went a bought a laptop & saw Mike & asked, hey what’s going on with Forex? He put me on the game(120DreamersAcademy), & I really appreciate it”. -Nate Leonard

The question to you is, WILL YOU BE OUR NEXT SUCCESS STORY? 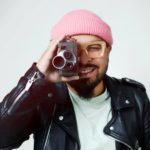 Media Coach Jonathan Olivo Says The Best Story Has Yet To Be Told And It Is Possibly Yours! 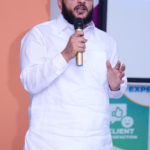