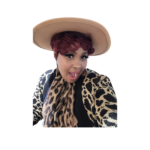 Today we’d like to introduce you to MJ Burgess.

Well, 8 years ago I started my own online entertainment company, Nightglow Entertainment. The company is actually based on a business plan I was working on during my time in grad school (15 years ago) where I got my MBA in Finance. I went to business school to start a film production company and 1 of my professors actually thought it was odd that I would combine Film and Finance. But then the next question is obviously, why didn’t I go to film school. Well, I learned that film school doesn’t guarantee a career in film. Perfect examples: Tarantino, Kubrick, Kevin Smith, Robert Rodriguez.

So, I decided to teach myself screenwriting and directing, I bought a camcorder during my time in grad school, learned how to use it and how to edit video on Windows Movie Maker. I got a job working for the state gov’t that has nothing to do with my dreams. But I also got into self-publishing. So, when I am not working the 9-5 job to pay off my student loans, I write and self-publish books and I create entertainment. My first project under the Nightglow brand was a play, The Charioteer of Rome, and now I am working on a rock ballet, The Prince of Barykova. It’s about a prince who takes a trip around the world to find his wife/soulmate. It’s a modern fairy tale. It’s a romantic ballet danced to rock music.

Well, I graduated from college months before the 9/11 attacks so I fell into a poverty hole for about 5 years because I couldn’t find steady work anywhere (racism was a big factor in that) and the film industry in New York city at that time, expected new people to work for free. And I did – I did 3 unpaid internships at 3 companies. Then I worked as an usher at Radio City Music Hall and BAM – but the hours were not enough so the paychecks were small. And I had to take a state gov’t job to prevent homelessness. The state gov’t job came with problems of its own.

Now I work for the city gov’t and I hate my job. I’ve been working hard to make a living from my writing and my artwork but the money is not enough. And to make matters worse I got COVID on the job. So imagine going to a gov’t job you hate, that job is unionized but it’s not a good union at all, and getting COVID on the job, and then finding out you cannot file a lawsuit. And that same job takes time away from the time I should be spending working on my artistic dreams. So, a big percentage of the challenges in my life stem from a lack of money. But the financial struggle is a form of slavery – it really is.

Well, the work I am doing NOW is a rock ballet. I didn’t expect to write and produce a ballet; I truly believe God (or the universe) has called me to do this much needed work. I say it’s needed because people cannot live without Art. I always go back to one of my favorite films, Dead Poets Society. Robin Williams played a teacher at a boy’s boarding school. He said and I am paraphrasing, law and medicine are noble pursuits and they are necessary to sustain life, but love and beauty and poetry (which is a form of art) – but all forms of art can be included – those are the reasons you stay alive for.

As far as specialty – I specialize in Art. I can write, I can paint, I can dream. Why should someone work with me over the competition? I don’t have an answer for that. My artwork is spirit-based work therefore, I am only interested in working with people who want to work on projects I am offering, that I am writing. And also, when it comes to projects, they’re all temporary. There is a start date, an end date and then you move on to the next project. So, it’s quite possible to work with me, then afterwards work with the “competition.”

God’s purpose for my life is to create artwork that will hopefully outlive me so I focus on creating, not competing.

I don’t believe in giving advice. I used to give advice when I was younger and I learned my lesson: if you gave the wrong advice, there is a price to pay, there are consequences. But – and this happened ALOT – if you gave good advice and the person did not take it, there is a problem because people don’t like being told, ‘I told you so.’ People prefer to make mistakes, live life on their own terms, and they don’t want to be told what to do. So, I stopped giving advice. HOWEVER, I still accept advice from people however I don’t accept advice unless I ask for it. I am very careful where I get my advice from.

Success means wealth. Period. When I don’t have to worry about money anymore, I know that I have achieved success.

Right now, my focus is on my current project, The Prince of Barykova. I have a crowdfunding campaign in which I am raising money for the project so we can get it on stage and on YouTube next year in April. This ballet – in my opinion – is historic. It’s revolutionary. So I am telling people to make a donation in order to be a part of history. In addition, I started a new YouTube series titled The Ballet Libretto where we go behind the stories of the most popular ballets in the world. So – the first season of The Ballet Libretto ends next month in November. Also – next month, I am self-publishing my 4th book, The Journal of a Ballet Librettist, where people can read the Prince of Barykova libretto in short story form and also read my journal that I wrote for this project. So this ballet is my top priority until April of next year. By the time I am finished with this project, I would have dedicated 3 years of my life to it. Because I started the project in September 2019. After April, I am finally going to work on my first feature film. But eventually, I plan on publishing more books, working on another play, and working on another ballet. The idea for my second ballet came to me while I was working on this ballet.

YouTube – my company’s channel is a good place to start – Nightglow Entertainment
And my crowdfunding campaign is –
https://www.indiegogo.com/projects/the-prince-of-barykova-ballet#/

Co-Author Antoinette Seawood Is Inspiring, Uplifting And Pressing Her Way! Her Story Is Powerful!