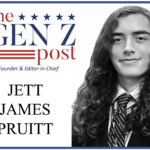 Today we’d like to introduce you to Tara Elise.

My story starts in the church. My Aunt was the choir director. At a young age my family saw something in me I didn’t see in myself. I was a shy kid with a voice. Things changed when I saw the Broadway play Annie. I felt so strongly about playing that role. Even as a baby I had been sought out for modeling and acting. From that point on I labeled myself an actress/singer. Along the way that dream was there but the zealousness to pursue it faded. I became a corporate beast and entrepreneur, gathering degrees and accolades. But one day seeing a friend live out their dreams revitalized mine. The actress/singer was reborn. With the recent release of my album “Four” I refined my singing and songwriting skills. I even nurtured my acting and directing abilities with the music video for my first single release, “If You Believe.” As a Pop artist my sound is unique in it’s sultry, yet, lively undertones. Other singles including “Mood”, Supernova, Breathe, Ava Is A Star and Cuteness, which was written by me and my six year old, Ava, exhibit a flair of love, fun and flirtation. Now, I’m on my second album and enjoying the love and support from my growing fan base. When not singing, I’m refining my acting abilities. I’ve worked on BMF, Envy and Step Up movie and tv projects. When not doing those I kick in my entrepreneurial skills to build a family empire.

As a young girl I always had big dreams, but struggled with low self esteem. I don’t think I believed I was good enough, but my family knew what was in me. Now as I’ve grown I know what’s in me. I know what I’m capable of. I know that I am a Superstar. I know anything is possible and I’m so grateful for those who have paved a way. I know that my songs, videos, characters and stories will greatly impact others lives all over the world. My music on iTunes, Spotify and Pandora has been heard by thousands in over 75 countries all over the world. I know that I can act in scenes and play characters I didn’t know I could. I know I can write music that touches someone’s heart. I know I can because I’ve done it. I’m doing it. Basically, I know I can.

I’m a singer, songwriter, model, actress, and entrepreneur. I love to share some of mine and others’ experiences in my songs, performances, and appearances. My songs, movies and tv shows will tell stories that you may want to hear, be able to relate to, or simply just enjoy. A ride with me is a journey full of love, laughter, faith, and the spectacular.

I love to see others succeed. So, whatever I do I like to make sure that I am blessing someone in the process. In fact, I like the thought that my blessings, success and accomplishments spill over to whoever is connected to me.

I believe that you can go as far as your dreams will take you. I remind people that not everyone will have the vision that you do. Sometimes you just can’t share that dream with everyone, but you do want to surround yourself with dreamers. I mean dreamers that dream big and take steps towards those dreams, never giving up. I do believe people can accomplish any dream…if they believe.

Success means accomplishing whatever you set out to do. For some it could be getting out of debt. For other it could be saving up for a new home. Or you can be a dreamer like me ready to take on the world and set new records, soar new heights. Success for me means doing it and doing it without giving up for something that creates better.

Next for me is to work on building my craft in business, music, modeling and acting. I’m getting ready to work on my second album and release some music videos from my first album, “Four.” I’m also preparing for some starring acting roles and really working on that skillset. I have fans asking me for more and I am working on giving them just that. I’m giving them more of me; more acting, singing, modeling and performing. I’m also working on expanding my business with my children’s clothing line, Baby Star Clothes. So, what’s next for me is a lot of spectacular and even more phenomenal…Tara Elise.

I always welcome my fans to go to my website www.taraelise.com. I also check out my social media pages Instagram and Facebook as best I can. In addition, my music can be heard on most music platforms including iTunes, Apple Music, Spotify, Pandora, BET, YouTube, VEVO, radio and more. I love when my fans reach out to me. They are so supportive, loyal and encouraging. I also tell people to look out for my performances in their areas for a chance to see me perform some of their favorites live.