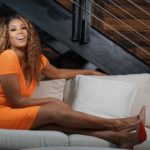 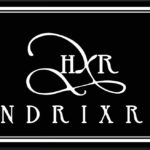 Today we’d like to introduce you to Uko Emmanuel Nkereuwem .

Uko Emmanuel, on the other hand, was born on October 21st and is from the south-south region of Nigeria. Although he was born and raised in Lagos, Nigeria.

He completed his education at Marigold College in Oworoshoki, Lagos, from elementary to high school. Then he received his first degree in cell biology and genetics from the University of Lagos. Uko then went on to obtain a Master’s degree in Marine Biology from the University of Lagos where he emerged the best graduating student with a cpga of 4.44/5.0

Uko Emmanuel defines himself as an opinion leader who has worked with many companies to market their products by acting favorably. But he claims that he will continue to let his good qualities take him to other places and that they are dispersed to produce diversity.

Emmanuel Uko, often known as The Red Butterfly Dude, is still a remarkable Instagram influencer who has built a fan base around the entertainment industry. His skill has developed over time into becoming a brand ambassador for many businesses. As such a powerful influencer, he works to build devoted followers who trust him and the brands he publicizes.

While Uko had made a reputation for himself, we realize the vastness of his vocation as he transitions from a script writer to a mega influencer. To clarify, His influencing career is noted for hosting a massive span and a high level of interaction, as he professes to have promoted companies to reach a larger audience. In this era of digital progress, Instagram’s huge influencers are fantastic role models in the advertising industry for both sides.

However, Uko Emmanuel, also known as Redbutterflydude, is a fast-rising entertainer who is swiftly extending his prowess over the Nigerian entertainment landscape. Uko Emmanuel feels that investing in one’s passion is the way to go because he has pursued his desire of being recognized, heard, and understood.

On the other hand, he expressed how much enthusiasm is like an investment, and how thrilled he is to see young artists consistently pursuing their genuine calling.

Uko Emmanuel feels that investing in one’s passion is the way to go because he has pursued his desire of being recognized, heard, and understood.

On the other hand, he expressed how much enthusiasm is like an investment, and how thrilled he is to see young artists consistently pursuing their genuine calling.

“I am pretty sure I’ll put in a lot of effort and spread my ideas all over the globe till I locate the finest seasonal availability. He declared. While Uko had established a name for himself, as he evolves from a storyteller to a mega influencer.

While sharing content is a way to express one’s individuality to a group, Uko Emmanuel shows that it is also frequently used to convey support for ideas, political viewpoints, and personal values, allowing users to connect with a wider, altruistic good.
As a result, he makes fundamental variations of skits related to a company’s offering and uses Influencer marketing to offer suggestions on how his supporters may acquire these things from any of these brands’ channels.  According to the figures, Emmanuel’s narrative has received over thirteen thousand to eleven thousand views. This diversity of viewpoints has resulted in him receiving respected brand partnerships.

Emmanuel Uko, rose to fame primarily through social media, despite having previously worked as an actor. On the other hand, he has partnered with a plethora of brands and has successfully proved their usefulness.
As a result, his successes thus far have included brand visibility to reach a larger audience, but he aspires to be one of the top influencers of his generation.

In conclusion, His influencing expertise is recognized for offering a wide audience and a great level of participation, as he asserts to have advertised companies to win over increasing numbers of clients. He hopes to become one of Nigeria’s most persuasive influencer marketers.

While his fearlessness is admirable, we are united by his flawless integration of words and personality, which suggests that he enjoys doing what he gets a kick out of. He goes on to say that the more you do what you love, the more you invest in yourself since you get better every day, and one day your enthusiasm will undoubtedly speak for you.

He said, “Passion is like an investment. Young artistes should be consistent with living. Many do not see it so, but passion is an investment. The more you keep doing what you love doing, the more you are investing in yourself, because you become better each day, and a day will surely come when your passion will speak for you. When you invest into what you love doing, over time it brings reward beyond your wildest imagination.

When it comes to legacy admissions, Uko Emmanuel describes himself as an influencer who has collaborated with a variety of companies to boost their sales. To better understand his alias, Redbutterflydude, Uko explained that “the red colour represents the dominance of the butterflies in biology.” It represents a butterfly’s metamorphosis, that is, the numerous stages of a butterfly as it develops into other subcategories, implying that humans ought not to be frightened to extend their tail feathers. “I’m going to let my wings take me to destinations I’ve never been before.” I’m going to take flight and fly as I make my way to the finest honeybees.” He asserts

Uko Emmanuel describes himself as an influencer who has collaborated with numerous firms to promote their goods by engaging in positive behavior. He states, however, that he will keep letting his positive characteristics carry him to other establishments and that they are spread out to yield diversity. I’ll work hard, and make my thoughts known around the world till I find the sweetest nectarines, I promise, asserted.

Author/Publisher Shannon Poshe Anderson Is Making A Difference By Helping More People To Write And Publish Their Books Easily And Effectively. Changing The World One Story At A Time

The inspiration of Jimi Hendrix and Marilyn Monroe