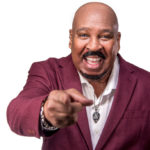 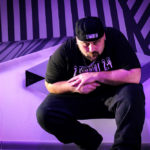 Today we’d like to introduce you to Yvonne Pierre.

My journey to becoming a writer is not the norm. At the age of 16, I was a hopeless, troubled, addict that was indefinitely kicked out of public schools with the city limits of Gary, IN. Being banned from school was the first of many wake-up calls that led me to want more out of life. I graduated from an alternative school. When I tried to go to college, I failed the entrance exam. I was determined to stop failing. After weeks of studying, I went back to retake the exam. I passed. Today, I hold several degrees including my MBA, MA in Creative Writing, and I am currently in school pursuing my Ph.D. in Human Services.

How did I get here? I definitely did not choose to be a writer, I tried to run from it because I did not feel that I was qualified. There was a story that I could not stop thinking about. First, I sought others who I deemed as qualified to write it for me. God spoke to my heart. I had to stop running. So, instead of saying that I was not qualified, I began to ask, “God, if this is what You want me to do, how do I get qualified?”

Any time you are pursuing something that is outside of your comfort zone there will surely be challenged. There were a few challenges that I had to overcome, but one of the major ones was seeing myself as a writer. It took me years to simply put “writer” on my social media profile. I thought it was because of what other people might think or expect of me, but I learned that it was the expectations that I was putting on myself. I had a hard time seeing beyond my flaws. I had to change how I saw myself and find comfort in who God called me to be. The challenges introduced me to myself and my potential.

I released my first book, “The Day My Soul Cried: A Memoir” in 2010. I wrote an award-winning short film, “Never Alone” and a stage play, “Then You Stand” in 2012. In 2015, I wrote a dramedy musical for a theatre director. I released my second book, “Zoey: A Novelette” in 2016. In 2017, I wrote a children’s musical for a dance school. I primarily write inspirational drama with supernatural elements. I produced three award shows, “The Rise Awards” honoring those who are making a difference in the Down syndrome community. Last year, I produced a web series, “Perfect” released on Youtube.

Distractions, road blocks, financial barriers, and self-doubt comes along with the territory. Define and focus on “why”. I suggest that you make your “why” bigger than anything that will try to block you. As a mom of two sons, my youngest has Down syndrome, naturally they are a major part of my why. I started advocating positive awareness through my writing. My passion to make a difference and be obedient to what God placed on my heart to do, keeps me focused. Find what works for you to overcome obstacles as they come. Ultimately, our greatest obstacle is ourselves. The blessings are in the lessons that we learn from those challenges.

Life has a way to force you to see things from a different perspective. For many years, I defined success based on what was in my bank account and where I lived. That is not the only form of success. This is what I was conditioned to believe. And because I did not have those things, I minimize my growth. Regardless of all of my accomplishments, I saw myself as a failure. I was a workaholic, chasing that idea of success. Everything was put on pause when I had a massive heart attack in 2017. My heart stopped beating on one side. I was put on a machine for six days. That is a long story. I had to change my perceptions of not just life but of success. I was being hard on myself. I started to see myself as a failure because I was not able to work as hard. The recovery was not just to strengthen my heart, I needed to strengthen my perspectives on life, success, love, everything. Success is accomplishing something that one has set out to achieve. As I journey towards my goals, I had to learn to be proud of my accomplishments along the way. I had to learn to give myself the understanding and grace that I give others. I have learned to enjoy the view on my journey.

Well, I have a few things that I am currently working on. I am writing another book that I plan on releasing at the end of this year. I am co-writing an inspirational drama with a pastor. Also, I am finalizing a feature film that is a triller. Soon, I will be sending out some inquiries to get an agent to represent my projects. In a few years, I will earn my Ph.D.

Exclusive Interview with B.D.Kold (army of the lord productions)