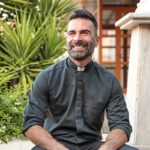 Today we’d like to introduce you to Rovendley Welvaart.

Filmmaking has always been something I liked since I was a little kid, the art of telling stories in the form of photos or videos is something that amazes me. Since I was younger I started making short films and creative videos and coming from a small island that was a little bit more difficult. And when we made the film “Tahit” I never thought how far it would take us. Just last week we were in Aruba for the Playa Film Festival to screen the film. Winning the Play Go Emerge Competition for the best film in the Caribbean proves for me that it doesn’t matter where you come from but that when you set your goals and work hard you can make it!

I think the biggest challenge is coming from a small island like Curaçao, that you don’t have all the recourses that other people in bigger countries have, so most of the ideas that we had, we really had to get creative with them so we can still create something that is amazing and stands out on an international level.

I think what sets me apart from other film directors is that I come from a very unique background, being born in the Caribbean, but learning dutch culture in school and watching American shows on tv gives me another scope of the world and I’ve always been a big fan of combining traditional media with new age culture. The Play Go Emerge competition was very tough for us because we were in the semi-final against so many great filmmakers across the Caribbean. But in the end, I’m really happy the judges chose our film “Tahit” for the grand prize.

My biggest piece of advice is to put your plans in the hand of God and work very very hard. Remember that nobody owes you anything in life, nobody, Not your parents, not your brother, not your neighbor, not your friends, set your goal and go for it!

Success for me means living a purposeful life, I could care less about fame and money, as long as I’m happy and the people around me are happy then for me personally I feel like I made it!

Next, we are going to different countries with the film to visit the film festivals that “Tahit” was selected in. Then I have a new short film coming out that is called “Perspektiva” we shot last month and now it’s in post-production it stars Malcolm Damiana and Shenyo Bokshoven, it’s a very intense story and I’m really excited to show it to the public.

The Priest Cosimo Schena Conquers Thousands Of People With His Poems