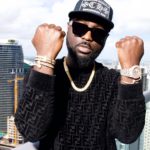 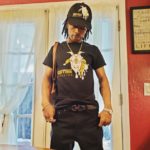 Freddie Floyd Jr. Explodes on the scene with his latest Book, ‘You Are Designed to Be Successful’, A Gripping Handbook That Brings the Readers Back to the Gentle and Loving Arms of God

Freddie Floyd Jr., an optimistic author, published his book “You Are Designed to be Successful: which has reached the top 20 for Amazon bests sellers list. An Inspiring Novel”. It is intended for everyone who wants to overcome life’s obstacles and learn how to live a happy life. Raised in Pineview, He attended high school in Wilcox county in Rochelle Ga His Parents are Mr. & Mrs. Freddie & Cathy Floyd

You are designed to be successful is a story of hope for those who have struggled to find their identity, among other things. Freddie is on a quest to uplift people’s lives spiritually, and according to scripture, he believes that his calling was from God and that he’s doing what he thinks is right.

Freddie has a personal mission to heal and help the hearts of women. He claims society does not show them the respect that God intended, but they are more than what is presented. Freddie believes most women have been victims of spiritual warfare. He also believes he’s a vessel for God’s message to the world, and as such, he wants to insert the reality of women’s plight into public consciousness.

Freddie  is has traveled the world. As a soldier for the US Army, he visited countries such as Iraq and Kuwait, to name a few. The journey introduced him to many beautiful people that he admires and acknowledges to this day.

He realizes that he never counted himself as a part of this world and that his purpose in life was always to walk as an outsider. But at 46, Freddie made the final conscious decision to stop running from what he felt God called him to do – bringing hope and encouragement through his words. If Freddie’s writing can help one person restore their faith or become more confident in their walk with Christ, then it was worth his time.