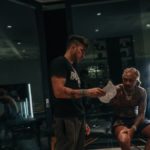 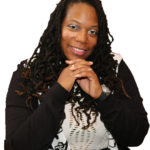 From Baseball Star to Marketing Mogul: The Inspiring Journey of Nick Massa

Born in Shrewsbury, New Jersey, before eventually moving to Huntington Beach, California, Nick Massa continues to dominate online marketing. Nick Massa has played a vital role in helping thousands of athletes, artists, entrepreneurs, brands, and more build their online presence and credibility by providing his company’s services and consulting for his clients.

Nick’s path toward becoming a marketing mogul comes with his fair share of setbacks. Before he got into the social media marketing space, he was a division one college baseball player at Manhattan College. He was named on multiple professional prospect lists throughout his college years and even ranked nationally. He overcame two Tommy John UCL reconstruction surgeries on his elbow throughout his college career. However, the second surgery would be the one that would end his pitching career. During this time, he was able to get a good grip on who he was and his purpose in life. “I am a true believer that to find themselves truly. Their world has to crumble to pieces before they truly know who they are deep inside. I always knew I wanted to give back to many who have helped me, and I knew I wasn’t entirely done with the sporting scene.” During his time online, he was able to network with many successful entrepreneurs in the online space and build a community that would help propel him to the top of the social media marketing space. With the help of his mentors Jesse Boyce, Chris McGinnis, and Jerry Morris, he’d achieve that success much sooner than most.

Like many others on their path to success, Nick faced his challenges. One of his biggest challenges was overcoming the fear of failure and what others thought about him. He had to learn early that he had to be able to fail more times than someone was willing to try to achieve the success he desired. “If you genuinely want to be successful, you have to be willing to put everything on the line, and I mean everything. You have to be ready to go against the opinions of others and especially your “friends.” I had to eliminate many people who were taking and never giving. But unlike others, I was never scared to be alone and have everything taken away from me because that happened three times in baseball. I built everything up for it just to be stripped from me like that. People around me used to criticize or add their two cents.”

Survivor is an Understatement!