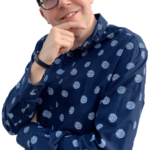 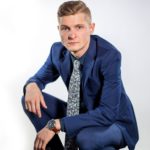 From being told to choose a different career, to over $4 million in sales with only two books.

Today we’d like to introduce you to Daniel Chidiac.

I started writing when I was 23 just to express myself. I felt like it just poured out of me in a time in my life when I was awakening and coming to terms with how my decisions were shaping my life. As I was coming to these new realizations about myself, I would write them down. Sometimes I thought I was going crazy because I would wake up in the middle of the night and have to write. I started showing a few people my writing and they really liked it and told me to share it on facebook so I did. Before I knew it, I had 30,000 followers. I really felt by then that I had something, and one day sitting in my room, there was this light bulb moment. “You are going to write a book, and it’s going to be big.” I literally couldn’t get it out of my head from that moment on.

I then set out to write my book which was the hardest thing I’ve ever done. I had never written anything in structure before. I mean, it was only a year before that that I started writing all together. 3 years later i had written 130,000 words and had my first draft of my manuscript called “Who Says You Can’t? YOU DO” (self help)

I was rejected by multiple editors and publishers. I mean some major editors told me to choose a different career (in the most polite way they could). I remember after reading one email like that, I was about to give up. Everything just crashed around me because I had spent three years on this. I went to the local park and ran and cried until I literally threw up. Then I pulled myself together, went home and restructured the whole book. I knew some of their feedback was right, but I wasn’t willing to give up completely. Then when the book was released under my own publishing company, I started an instagram page for it after seeing brands do the same thing. I thought, why can’t I do this with a book? So I did. And it worked. I believe I was the first page on instagram to be solely dedicated to a book. Before I knew it, I was selling thousands of copies a month. I then got approached by publishers Penguin Random House and Hachette within the same week (about a year after I started the insta page). I decided to go with Penguin through a six figure advance on my first ever book. The book was a best seller in 8 countries and is now in 13 languages which I’m so grateful for.

I have since created my own publishing company called Undercover Publishing House Pty Ltd which I have released my second book “The Modern Break-Up” (contemporary romance novel). Penguin wanted me to write another self help book, but I knew my writing was becoming more creative so I wanted to write fiction. I had to stay true to myself. The modern break-up currently has over 392,000 followers on instagram (@TheModernBreakUpBook) and has been shared by celebrities like Addison Rae and many others. I got an offer from Harper Collins in the UK but turned it down for multiple reasons. So many people told me not get into writing or publishing because there is no money in it, but since I started a few years back, I have turned over $4million dollars in sales from only two books. It definitely wasn’t the main drive as there was no money for years, but it’s nice that I’m in a comfortable position now and can create without the added financial stress. It’s still nowhere near where I want it to be, but it’s a good start. My aim now is to turn The Modern Break-Up into a feature film or series.

Persistence, and tell yourself you can do it even when you don’t believe it. So often people wonder how they can believe in themselves all the time. The truth is, you wont. You will have doubt. But the most important thing is, when you doubt, you tell yourself it’s going to happen anyway, and eventually it will. Don’t ever stop telling yourself you can do it, no matter how low you feel.

Success to me is never forgetting love. Without that, achievement means nothing. And loving yourself also comes from recognising the effort you put in. It’s not always about the results. Some posts might do better than others, some books might do better than others, it doesn’t matter, it’s about the journey. Keep going, keep creating, keep loving and you will feel success. And you will reach higher levels with this mindset.

I am creating merchandise for The Modern Break-Up novel, adapting the novel into a screenplay to be a film or series and also building an app!