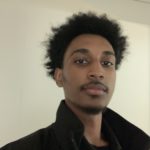 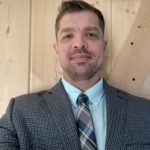 From Homeless To $30 Million A Year In Just 10 Years

Today we’d like to introduce you to Joey Zago.

I was actually homeless in 2010 squatting in the basement of my friend’s home that was in forclosure with no heat from October to January in the cold Michigan winter after losing my job when the economy tanked in 2009. My home and my car both got repossessed and my options were very limited.

Prior to me losing my job, I was a door to door salesman for Empire Today and prior to that I sold Kirby Home Cleaning Systems for several years. I decided to start my own business selling carpet door to door.

I made a small flyer and hit the neighborhood around the home I was squatting in. I found a carpet wholesaler who supplied me with free samples that I took with me door to door. I found a couple of installers who were slow with very little work during the economic downturn and I used PayPal as a way to collect and process credit card payments from my customers. I never in a million years would have imagined that my little door to door carpet venture would ten years later provide st day work for well over 100 company associates producing over $30 million dollars of annual sales revenue.

I owned my success to the mentors that I followed over the years as well as the teachings from seven habits of highly effective people by Stephen Covey and believe it or not, The Secret which I watched online over and over again from the basement.

Initially, the biggest obstacles that I faced were with transportation since my car got repossessed after going without an income for several months. Being that my car got repossessed, my credit was destroyed so it was unable to get a loan. I focused on going out the door to door within walking distance of where I was staying initially.
I would typically be able to sell at least one out of three customers that I wouldn’t have to see. Since I was a pretty decent door-to-door salesperson with Kirby and Empire, I knew that if I knocked at least 100 doors per day, I would typically be invited into at least three to five houses which would allow me to measure and give them a price quote on their new floor covering. If I created a sense of urgency by offering them a special sale, I often was able to close the deal right then and there in the house. The customer would put 1/3 of the total price as a down payment which would allow me enough money to buy the carpet and pad, the other 2/3 would be collected upon installation would cover the cost of the installer and 1/3 would come back to me as profit.

After doing This over and over for several weeks, I was able to save up enough money to buy a cheap used car which I used to begun driving to appointments that I set online and then began training other salesman.

The name of the business that I created in that cold basement of the foreclosed home is called The Carpet Guys. I needed that because when I would go door-to-door with my carpet samples, if a little kid would answer the door they would look back towards the inside of their home and Say, “Mom, the carpet guy is here” so it just seemed to fit because I couldn’t come up with anything else at the time.

Over the next few months and years, social media and online review sites became very prominent when it came to how customers chose which company they would use to fulfill their services needed.

If I wanted to maintain a five-star reputation, I need to give supreme customer service. If there was ever a customer complaint or an issue, I would jump on it immediately and take care of the customer no matter what it took. That type of prompt customer care and thorough dedication gained myself and my business a fantastic reputation while other businesses we’re still getting slammed with online reviews never dashing them for their poor customer service.

Over the next several years, that dedication to the customer really paid off as our good word spread, we became one of the most well-known floor covering companies in the entire state of Michigan in no time. Currently we serve close to 20,000 Michigan homeowners annually.

It feels good to sell for a company that you know stands behind their product and service.

Has Stephen covey says in his seven habits of highly effective people book, make big goals. Start with the end in mind meaning, what is the ultimate destination goal. The time of making the goal you don’t need to know how you’re going to get there you just need to be able to clearly identify what the goal is.

Once that goal is written down on paper, create a vision board for yourself, like it’s talked about in The Secret. My vision board consisted of photos that I cut out of magazines images that I gathered. I always wanted to have a house on the lake so I can wake up to see the sunrise from my bedroom window each morning so I tasted a picture of a house on Lake St Clair in my vision board. I also had a dream of buying my mom her dream car which of the time was a yellow Corvette, so I pasted a picture of a yellow Corvette with my mom’s face on it and that vision work. I had several other unrealistic goals and dreams but I tasted those images on the vision board as instructed, and I looked at it daily.

I did not try to think realistically, I think big.

My advice would be to think big, start with the end in mind, create a vision board and then start making smaller goals to help get you from where you’re at today to where you want to be.

My definition of the word success has changed over the past 10 years. Initially if you would have asked me that question, my definition of success would be to be able to pay the rent, have a new car, and some money in the bank.

Later the definition of success turned into holding a waterfront mansion and having a fancy sports car and a pretty girlfriend or wife.

After I achieved the mansion on the lake, the Corvette from my mother, a Rolls-Royce for my old mentor, a Bentley for myself along with a Ferrari, a Lamborghini and a dozen other crazy cars that I never thought I would ever own; I purchased other homes for my family members and people that I cared about. I managed to put over a million dollars cash in the bank to successfully scale my business to a degree that I thought was completely unimaginable just a few years ago. I came to the realization one day that success was not about money or material things.

Today the word success means quality time spent with family and loved ones. I have an 8-year-old boy who I love more than I ever could imagine loving anybody. I have a girlfriend that is spectacular to me and my son in every way. Have amazing parents, a rock solid sister, and so many other people in my life that I now you spend more quality time with. Today, success means being able to spend the quality time.

My next steps will be to expand the business across Michigan and then into other Midwestern states and then across the country.

For me personally, I’m hoping to set a great example for my son as to how to start, grow, and run a business from scratch to the multi-million dollar success. I want to teach him how to have a good work ethic as well as uses resources and be creative to find ways to achieve beyond achievable. Create the unimaginable and overcome all types of adversity thrown his way.

I can be found pretty easily these days. Many people email me or find me on social media @joeyzago – I have several businesses but my most well-known business is the carpet guys which can be found @thecarpetguys or on facebook.com/carpeting. I also utilize YouTube @joeyzago to help share parts about my wife and my step-by-step journey has to how I went from homeless to a $30 million year information and just under 10 years.

I also have a website www.JoeyZago.com which has several links to my contact information and online social media and videos.