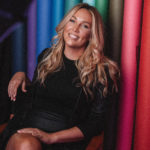 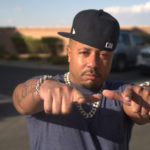 I was born in Charlottesville, Virginia. I am a proud graduate of Virginia State and Full Sail University; where I obtained my Bachelor of Fine Arts Degree in Mass Communications at VSU and my Masters in Film Production where I was the Valedictorian of my class at Full Sail University. I am a recording artist and currently have a new single out entitled Get Up! I started singing at a very young age. I was three years old when the devotional leader at my aunt’s church asked if anyone wanted to come to the mic and sing a song. I ran to the mic and sang “God is a good God yes he is” and ever since that day I’ve been singing. Having consecutively won my school’s talent show four 4 years in a row, being in the entertainment weekly with the Dave Matthews band, and then having my audition aired on BET Sunday best, it was those experiences that gave me the push to start taking music seriously. In 2010 while attending Virginia State University, I joined the Virginia State University Gospel Chorale which is a world-renowned HBCU Gospel choir with a rich history. The 120 member choir selected me to be a section leader, assistant choreographer, and soloist. That experience opened the door for me to learn and perfect my craft while touring nationally and internationally. After graduating from VSU, I went on to release five singles a mixtape, and a Christmas ep.

I remember when I first moved to LA, I was dirt poor! I had just graduated with my master’s degree from Full sail I had worked really hard that summer and saved up enough money to move to LA. All I could bring was two bags and I had to leave my car in Virginia. I was blessed to get my first job in LA as an Office PA/ runner for an editing house. As excited and thankful as I was the job only paid a minimum wage and being that I didn’t have a car at the time most of my money went toward car rentals so I could work. From about 2017-2019, musically I took a break because I allowed outside voices to influence certain decisions on what type of music I should and shouldn’t record. Thankfully I remembered who I was and why I was recording music in the first place and in 2020, I went back to the studio to record my first single in four years.

I’m known for setting a goal and accomplishing it no matter the goal. While being a gospel recording artist, I also work in reality television, currently, I’m working in Casting on Married At First Sight and I also have my production company where I edit and shoot videos. Aside from giving my life to Christ at the age of 7, I’m most proud of being the valedictorian of my class, seeing my name run across the screen in the credits on television shows I grew up watching. And having so many people dance and stream the music I create. I feel like my positive personality, drive, voice, wit, and work ethic set me apart from the competition.

Put in the work, stay focused, don’t get distracted don’t get a huge head, stay positive, and remember why your doing what it is you’re doing. I choose to believe that with hard work, determination, and God-given talent, anything you put your mind to is achievable.

In a nutshell, it’s having enough money in the bank to pay my bills on time. Being able to wake up every day with a sense of peace and knowing that what I’m putting out into the earth brings forth change in a positive manner.

Taking my brand to a new level. This includes completing my Debut album, going on a nationwide tour, accepting more interviews, solidifying a solid manager and agent, releasing a book, getting a first-look deal with a network to create a docu-series, growing in my relationship with God, and whatever else my Lord and savior may have planned for me.