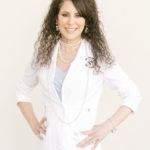 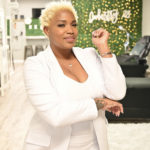 How Ryan Kane Is Changing The Industry

The founder and CEO of the Miami-based podcast STB Entertainment is Ryan Kane, a Philadelphia, Pennsylvania native. He runs a number of other companies as their CEO. The podcast industry and Kane’s record label both play important roles in the entertainment industry.

To reach his level of achievement, Kane used a well-balanced blend of his college degree and on-the-job training. Kane considers the most advantageous aspect of his business to be helping individuals succeed in their life, in addition to the financial advantages of their success. Ryan Kane is extremely proud of the efforts he has made to amass a net worth of more than $100,000 in addition to the continual success his firm has created for him.

Ryan Kane teaches young people that in order to flourish and reach their desired level of achievement, they must be willing to take calculated risks. If you want to be a successful entrepreneur, you must be willing to venture outside of your comfort zone and seize possibilities.

Ryan Kane credits Michael Rubin, who served as his inspiration, for his current and upcoming triumphs. Ryan has always admired Rubin, and he wants to use his business ventures to help him create an empire like his. Over the following five years, Kane will work very hard to raise his reputation and become a well-known personality in the music industry. Make sure to keep up with Ryan Kane by following him on Instagram here and checking out his current works here.

Interview With Heather The Hygienist Of Simply Silver Mouthwash