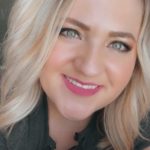 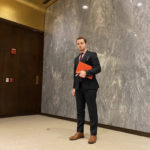 Today we’d like to introduce you to Jordan Anthony Melendez.

Everyone thinks you have to be funny all the time to be a comedian… you don’t you just have to be annoying haha I’ve come to learn most comedians are secretly assholes.

The only difference between me and the next guy is that… A lot more shit comes out of my mouth.

I started out offering my digital marketing services to local comedy clubs. helping them with social media ads and increasing their revenue… all that fun stuff.

My first time on set was a disaster.

I wasn’t good, haha, at all. I restarted my set halfway through

because of the pandemic i haven’t been able to practice my performance Right now thats my weakest area.

I’ve been spending my time learning the process of writing a good joke. And now im in a great position where i can learn directly from the funnies comics on television.

I get to work directly with writers from SNL, Ellen Degeneres. and a bucnch of other late night tv shows.

I’m very fortunate to have mentors doing what I want to spend the rest of my life doing.

I always wanted to be in the entertainment industry, it has always been a dream of mine. I tried to be an actor once, I went on auditions, met notable actors, Even had some weird ass indie film deals that were sketchy As hell.

I was young and made a lot of mistakes during that time as well. I’ve come to realize the entertainment industry is just a business trying to sell a product.

These companies will offer a few million to make a movie with a white lead, and maybe they will throw in a minority side character if it will help ticket sales. At the end of the day if you wont help that movie, or tv show get more ticket sales or eyeballs you’re useless to them.

My first attempt in the entertainment industry I didn’t realize that. Although that was a tough lesson to learn, it gave me the leverage i needed.

I immediately threw myself into digital marketing. Which allowed me to learn how to take a business to 7 figures, this made me valuable.

I made my own value in the market place.

After scaling a few client businesses I started reaching out to comedy clubs. one thing lead to another and now I’m working directly with some of the funniest people in Hollywood I get to work directly with writers from SNL, Ellen Degeneres. and a few other late night tv shows.

Im Afro-Latino, If you’re seeking a diversity hire to do a set, play around with a sit com script, hit me up.

Honestly right now im chillin, I have my company running on autopilot just so i can pursue my own projects and things I’m passionate about. For a while I was getting paid to write jokes for comedians as a ghost and now im just writing my own jokes practicing my performance so that in the next 3-4 years im killing it and i can promote myself more.

But if Courtney Kemp reads this I’d love a recurring role in one of the power shows.

There are very few projects i would go out of my way to get.

Just do it… really that’s it.

If you wanna be a comedian but you’re not getting laughs. Its cause you suck congratulations i was the first one to tell you. Practice get better, stop telling the same jokes that didn’t work in the same exact way they didn’t work. Split test that shit. If you don’t know what split test means google it or watch it on youtube.

If you were to ask me this 3 years ago, without hesitation, i would have to say money.

My mindset was always that money itself wasn’t important but money was a symbol that you’re doing a good job. Nobody is paying a bad comedian a million bucks.

But right now I’m not after money. I know i can live a good life and support a future family.

Success for me would be to eventually have a family share my jokes with them, annoy them. And having the freedom to pursue my passions and being in a position to support my wife pursue her dreams.

overall i think that’s what success would look like for me.

That’s a deep question. What’s next? What’s next? Well I’m either going to be living somewhere in Georgia to work on a few film projects. Or I’ll be in NYC practicing my stand up and trying to get a full time position at Late Night Tv. Truthfully I’m just going to continue grinding. You wont get anywhere with a poor work ethic.

Just follow me on IG for now PRNC_Anthony. I’m not really active online.

Ashley Rohrbach- Health Insurance Solutions -How She Made It To The TOP Of This FORBES500 Co.