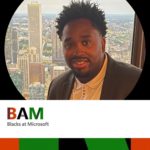 King Hansom Winning Over Everything & Life

I would say I got to where I am today by always believing in myself when everyone doubted me and always told me I couldn’t. I always figured out a way to get it done. For example, I was told that I wouldn’t ever graduate and then when I did I was valedictorian of my class 07. I remember having to give the speech and during that speech I said remember if it’s easy then what’s the point. So I would say I always believed in myself enough to keep getting up and keep going it’s never a loss just a lesson depending on how you look at it that’s why I’m all about winning over everything.

Along the way on this journey I lost a lot sometimes. I lost my freedom other times, I lost family members, and through all that loss I keep fighting. My cousin Devon Splashy Roc Taylor was also making music but lost his life to gun violence I never got to make an official song with him, that’s one of the serious challenges I face today of thinking I had enough time that made me a stronger artist, a stronger entrepreneur, it just made me stronger in general that I had to go through that.

I do a lot of things as far as helping people get recognized. My catalog of artists that I’ve worked with is numerous but starting with the artist Britta BlockLife I helped him with distribution engineered mixed and mastered all four of his projects that he released I’ve teamed up with Skyler Ray Davis out of Portland Oregon and got our first hundred thousand streams together on a song called King Hustle.

I’ve sat down with the artist The GateKeeper me and him teamed up with a song featuring Shaquille O’Neal and Arsonal Da Rebel I sat down at the laptop personally and had to get this record ready to be released to order major platforms myself and did it the right way.

I sat down with the artist Tarzan Figz of North Carolina and help him distribute several projects out to the major platforms one of the projects even received 100,000 streams all independent.

My last project that I distributed alone called Capricorn The Goat is currently at 1.5 million streams worldwide Spotify. Most of all I like to treat people how I would like to be treated.

If you’re passionate about something, always follow your heart, even when the world tells you no, believe in yourself you will find your people.

Generational wealth so that my children don’t have to work as hard as I did but still teach them you can build whatever is in your mind and bring it to this real world.
Hence, the logo for my company is a bear drawn by my son he sent it to me blank we got it colored in and that was the logo for the company being sold all over the world and it started with me showing my son that anything he think of we can make real in this world.

To have an exciting year releasing this music, meeting new fans, and coming up with new lines for the merch. I’m most of all excited about me and new fans and traveling.

The Robin Hood of Silicon Valley