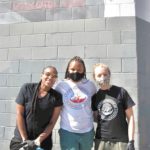 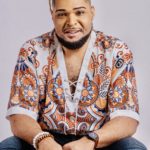 Today we’d like to introduce you to Godz Child.

An anti-President Biden rap song inspired by the viral “Let’s go Brandon!” trend is now sitting at the top of the iTunes hip-hop charts. The song, performed by rapper Loza Alexander and entitled “Let’s Go Brandon” has made a fast rise up the iTunes hip-hop chart to clinch the number one spot. This inspired rapper Godz Child to help Loza Secure the spot by dropping a official remix that is going viral on Tiktok. Godz was inspired by his brothers work & manged to drop the remix a week after the official release.

Although this trend is growing Godz Child says “It wasn’t always easy as a upcoming artist. Especially after making music for 20 plus years without being noticed”. One of the biggest challenges Godz Child had on his uprise was being banned on his Facebook music page, after building a big following. Despite all the road blocks he managed to maintain and make it through.

Godz Child is a entrepreneur/ Influencer who has dedicated his life to music and being a artist on the rise! He’s worked with big names in Hip-Hop such as Swae Lee, Pnb Rock, & Snoop Dogg. He has an incredible, unique sound we look forward to hearing more from him.

Godz Child said if he could give any advice to his fans. It would be never give up! Even when it seem impossible.

Success is the ability to fail and learn from your mistakes and go again until you succeed. ~Godz Child

Godz Child says he’s in the works of cooking up a new album but in the meantime stream Let’s Go Brandon. “Let’s keep Loza at the number 1 spot”. Let’s Go Brandon RMX now going viral and coming to all platforms immediately.

For anyone wanting to learn more about Godz Child and connect with him Definitely look him up on Google. Godz Child, all his music and social media links are current. Let’s Go Brandon Let’s keep it number 1.