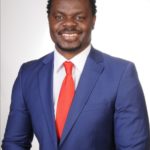 MB-CALM is a rapper/singer/producer from St. Louis, MO. Raised as an orphan the majority of his childhood, MB-CALM never had the luxury of having a family or stability. In these conditions MB-CALM decided to gravitate towards music as a means of expressing what was going on in his life. In MB-CALM debut album “Sermon of Calm” he really allows the listener to enter his world and get a clear understanding of who he is as an artist and what he has experienced in his life. Sermon of Calm is the perfect blend of amazing lyrics that tell a story but MB-CALM presents the music in a way that is considered to be non-traditional.

On the road to gain traction in the music industry MB-CALM has had his fair share of disappointments from; lack of access to industry movers and shakers due to being from such a small place (St Louis) to refusing to play the “industry games” in order for his music to be noticed. MB-CALM presents how all of these struggles have impacted him in his debut album Sermon of Calm. MB-CALM does not hold back in this album at all! Given the listener in great detail his full experience with the music industry as an independent artist.

MB-CALM is a rapper/singer/producer who does music his way. Refusing to make the everyday Cliché music that focuses on drugs, money, etc. MB-CALM primary objective in all of his music is to ensure that every song is authentic and true to his life. MB-CALM has one rule in the studio “if I didn’t live it I don’t speak it!” MB-CALM is a different type of artist because he creates music that invokes conversation and stimulates true feelings from the listener. Most of his fans love him because all of his music is relatable and connects with different groups of people all over the world. It does not matter is you are white, black, young or old it is a guarantee that you will connect with MB-Calm debut album Sermon of Calm.

MB-CALM believes that the key to success is to be authentic and true to self. Conforming to what is popular will not get you to success and if you get lucky and it does that success will be short lived because there will be millions of others following the same trend. MB-CALM has an outro on his album Sermon of Calm in which he talks directly to the creators of the world and I’m that message he preaches about the power of authenticity and staying to true to your brand.

MB-CALM envisions success in the music industry as having a solid fan base that truly connects with his music. Sermon of Calm is an album that MB-CALM believes is unlike anything out in the music industry in the moment and hopes that this body of work inspires artist to make music that they believe instead of creating music that is trendy. MB-CALM primary goal is to grow a fan base that relates to his music and can hopefully be apart of his journey as a growing and successful artist in the industry.

MB-CALM is SUPER EXCITED to present to the world his debut album Sermon of Calm. MB-CALM is focused on the roll out and making sure all of his resources and relationships are utilized so that the album reaches as many ears as possible. MB-CALM believes this is an album that is needed in music right now because it will in a sense “keep music alive” in this generation of music that has been so watered down and even in a sense disrespectful to what the essence of music should be.