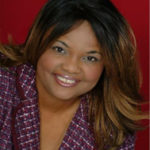 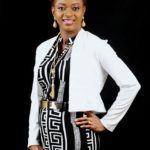 Today we’d like to introduce you to Adonis Dewhard.

I started playing Semi Pro Basketball after I graduated high school early at 17. In that same time, I started doing music on the side my last year of high school before I went to Michigan State University for Engineering. If you look into my start, I been doing mixtapes and single songs since then. And even had an actual meeting with Bad Boy Entertainment to get a recording deal from that company. But my mom wanted me to turn the deal down to focus on college and playing ball. After one year of college I decided to drop out and focus fully on music. In 2006, I got lucky and a friend I knew set up a meeting with Universal Music Group and got a deal with the label and the other guys that was in the group deal we received. So after couple of the members quit, the deal folded and I had to start over and do other things. So that’s when I got my book published, named Classics. It’s available everywhere books are sold. At the moment I am looking to sign a new deal with another label solo this time. Right now my music is distributed independently with Many Styles Records with over 600,000 steams with four singles. My last single was with Toronto Rapper Top5 called On The Run Still. Next singles will be with Rocky from LA and Flyte from NC and others to be announced.

I went through the typical childhood of a kid from the city of Brooklyn. A lot of violence in the Marcys Projects. But I dealt with the things that you go through living in the hood. But nothing has ever really been too bad where I couldn’t handle it. Not only did I live in Brooklyn half my life, but the other half I lived in Detroit. And those who know Detroit they know how hard it is there unless you live somewhere soft like 8 mile. But if you don’t and live below it then it was hard. Other challenges besides the living situations I stayed in was going through helping my mom raise me by herself with no help. That’s another obstacle learning how to be a man without a man being there. You have to learn how to be a man from what you see with the old heads in the neighborhood and other older cars you grow up seeing. All the ones you grow up looking up to that make money in the hood and you try to be like if you know what I mean. But besides the upbringing all the other things was easy. Writing music was easy I have written over 700 songs for singers and rappers and 5 other books that I am waiting to get published next.

With what I do is specialize in being the best rapper on earth. No but real stuff, I feel I can be the best ever if I got some of the chances others got. A lot of artist got deals and ain’t even have talent and in the end do songs and fizzle out after. That could never happen to me. After the opportunity I got the first time with Universal Music Group back in the day. I have seen a lot of things I should and shouldn’t have done. So this time I will go harder than before. And guaranteed will make the best Hip-Hop album of all time. I can guarantee it. I finished the album while I was still under Universal and so I knocked out over 150 tracks for my debut album. I want my first album to have the best songs out the ones I recorded with the major. If any artist work with me they will see my work ethic and how easy it comes to work with me. I am all business I don’t smoke or drink all I need in the studio is the engineer and knock out the music and get out. You don’t need hours to finish one song. Let’s knock it out and get to the next one it’s simple. And when it comes to writing novels once you read my first release you will say the title and say it’s a Classic GUARANTEED.

I would tell people: don’t give up. It’s a lot of people that wish they were here. We just seen this Covid thing come in and take a lot of lives. We already lose youth daily to the corrections facility. But we lost a lot of older heroes to this Covid issue and just in life alone. We lose people everyday and so if you wake up and have another 24 hours don’t waste it. Look at it like this, it’s others that would die for your opportunities. Life is too short, and also I will tell you, don’t give up. When I was writing my first book I was told by my homies and just haters and they would say awe man you gonna be too busy getting money you ain’t gonna put that book out. And guess what I did I got it published and out. When folks told me I wasn’t that good playing basketball I end up getting a college scholarship and playing all over the world overseas. When I was told I was just ok at rapping when I was real young and I wouldn’t sell a record and my music been streamed over 600,000 times. That’s success to me. I want more, but I wouldn’t ask for more. But the ambition in me, I got a lot more to get done.

Success is back to what I was just talking about. Whatever you strive to do and others say you can’t, and you do it, that’s success. But right now, I wouldn’t say I am successful yet at my main goals. My team knows what they are and we are on the verge of making them happen. I rather not tell them cause in this world you got folks that will go out they way to try to stop them. I got some haters that used to be a part of my team and seen success and were jealous and backstabbed me. So I had to make my circle even smaller. I can’t take backstabbers and none loyal folks.

Next up is I got a partnership with my talent agency I own called Many Styles Modeling Agency where we put women on television in the past and will be putting more. The partnership is actually with the good folks at Viacom and will be on the network MTV. We got a new show that will be amazing opportunities for women to make it big off the show. They will do the show and whatever brands the women are pushing at the moment and plan to push after the show they will get the opportunity too. I have my second book coming soon. It will be released when I am ready to release it. It’s already been written with the other 4 books I have, so it’s just a matter of time. Also I plan on opening up a couple businesses that I will open with my business partner Samantha. We will be opening up some innovative projects coming out.

If you want to connect with me go to my instagram @dominicanadonis.23 any time and DM me. You can also contact me on Facebook at Adonis Dewhard or the talent agency Facebook called Many Styles Modeling Agency. Lastly you can message me thru email at adonisdewhard@icloud.com