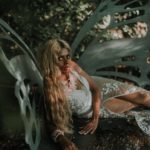 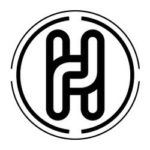 Today we’d like to introduce you to Jett James Pruitt.

Thank you, it’s a pleasure to be here. My name is Jett James Pruitt, my pronouns are he/him/his. I am a sixteen-year-old, Pulitzer Prize-nominated author, journalist, political strategist, and founder/editor-in-chief of the political news website, TheGenZPost.com.

A little about me. I am Native American and Latinx, and was raised by a single mother and my grandmother in New York City, but now live in Palm Beach, Florida with both of my parents. My interest in politics began around the age of nine, but really intensified with the 2016 Presidential Election. I was so tired of watching media bias that I set out to create an independent news outlet that was more centrist and inclusive, which is why I founded THE GEN Z POST at the age of 14.

Soon after, I wrote my first book, THROUGH THE EYES OF A YOUNG AMERICAN: A Teenager’s Perspective on Government, Politics, and Solving Our Country’s Biggest Problems. It was traditionally published only a few days after the death of George Floyd — which also happened to be my fifteenth birthday — so you could imagine the emotions surrounding that day.

Fortunately, my book reached Amazon’s Top 20 Bestsellers in Politics and was nominated by my publisher for the 2021 Pulitzer Prize. A few months later, I made international headlines for my electoral map prediction and was called things like “Gen Z’s top political strategist,” and “America’s next political media mogul,” etc. which is extremely humbling, to say the least.

Being raised by my Native American mother and grandmother for most of my life made me see how many obstacles are thrown at the average family in America. It wasn’t always easy, but I learned so much from watching two strong women somehow always find a solution, even when things looked bleak.

My mother was single when I was born, but later married a U.S. Navy war veteran who served in Afghanistan and earned more than 20 medals of service. I consider him my Dad. He made me understand the importance of identifying obstacles early and strategizing a plan of action as soon as a problem emerges.

But perhaps the biggest obstacle I have overcome thus far is that I was diagnosed with Autism as a child. I scored a 37 on the Childhood Autism Rating Scale (CARS), meaning I was non-verbal until the age of four, and thanks to my incredible mother who signed me up for every early intervention program and holistic treatment, I formally lost my Autism diagnosis at the age of six.

Now, I know some people out there do not believe Autism can magically disappear with interventions like ABA therapy, gluten-free/casein-free diets, and therapeutic doses of fish oil, but it did happen and there are a lot more success stories that the media will not report on.

I know we will find the true environmental cause of Autism during my lifetime. Once we learn that, the rest will be easy.

My message is quite different than other Gen Z leaders today. I consider myself a “progressive conservative,” meaning I do not subscribe to pre-constructed far-left or far-right political ideologies, but instead propose innovative solutions that create solid middle ground for everyone.

I sincerely love this country, yet I know we can still do better as a society. I do not believe we need to erase history in order to create a better tomorrow. I believe we should encourage private sector technological solutions to solve our very real climate problems. I believe in “smart capitalism” — a term I coined in my last book — that encourages a robust, free-market capitalist system but advocates for more government regulation of life-or-death products, such as the price of chemotherapy or prescription drugs. That’s how I am different.

I think being Native American also colors my world view in a different way. I am a proud tribal member of the United Confederation of Taino People (UCTP), the Native American Journalists Association (NAJA), the United National Indian Tribal Youth (UNITY), and The Authors’ Guild Union. I am also President of the Class of 2024 and compete on my high school’s Model United Nations Team.

In addition, I am the Government Liaison for the non-profit homeless charity, CareBag Inc, and a volunteer producer for a community news radio show.

In other words, I’m just a teenager trying to change the world while still worrying about my grades and figuring out how I will afford college.

The best advice I can give to people who wish to be successful is to know WHO you are first, then define what success means to you before creating and engaging upon your life goals. For me, that process started with reading dozens of motivational books, primarily those from people like Jesse Itzler, Dale Carnegie, Rhonda Byrne, Stephen Covey, Napoleon Hill, Ken Honda, and most notably, Tony Robbins.

In fact, after reading three of Tony Robbins’ books and attending two of his seminars before the age of 15, I learned so much about who I was and how I personally prioritized the six basic human needs, that I felt anything was possible. I learned what primary questions to ask myself on a daily basis, how repetition is the mother of skill, how the secret to living is giving, and how limiting beliefs stop us from truly achieving our greatest potential.

After that initial immersion, I created a set of short-term and long-term goals that guide me every single day. Investment in one’s personal development is the gift that keeps on giving, especially if you start at a young age.

Success to me is always defined by the level of fulfillment achieved. In fact, Spiritual, Emotional, Physical, Career, Financial, and Philanthropic fulfillment all matter to me equally.

I truly believe that great success without fulfillment is not just a hollow victory, it is the ultimate failure. What is big money without health? Or great heath without emotional fulfilment? Life is a dance to balance all of these important components, or “buckets” as Jesse Itzler likes to call them.

In other words, success is being absolutely clear about what matters most and going after it with a level of passion and desire that fulfills you every single day.

I am currently finishing up my second book, THE PROGRESSIVE CONSERVATIVE: What The Republican Party Must Do To Win Over Generation Z, which is scheduled for release in bookstores worldwide late Fall 2022. I am also expanding THE GEN Z POST to include more established political freelance writers, and will eventually launch a new, even bigger political media venture in the next few years.

However, the reality is that I’m still in the 10th grade at Florida Virtual High School, so I need to keep focus on my schoolwork, my extra-curricular activities, and spend more time prepping for the SAT. But I really hope to publish at least two more books before graduating in 2024, attend an amazing college and graduate school, then ultimately work in the areas of politics, law, and journalism.

I guess the simple answer is that I plan to do more of what I am doing now. Politics is my life, and I enjoy learning about both domestic issues and international affairs. I love actively working with key institutions like the United Nations right now, and self-studying global political systems and international economies so I can help bring positive government, social, and economic solutions home and share them abroad through my writing.

Before I get to that, I just want to encourage everyone to pick up a copy of my bestselling book, THROUGH THE EYES OF A YOUNG AMERICAN, which is available at all major book retailers including Amazon (AMZN), Barnes and Noble (BNED), Walmart (WMT), and everywhere else books are sold in 52 countries.

If you really enjoy reading it, please leave a review wherever you bought it. Great reviews help me secure more publishing deals, and I donate 20 percent of my book royalties to charity, including Operation Underground Railroad (O.U.R.) which physically rescues children from sex traffickers. The other 80 percent goes directly into my college savings account, so you can see why I work 15-hour-days trying to make it all happen.

Thanks again for having me today. I truly appreciate it!

Exclusive Interview With The Handshake