Laura “The Soul Writer” Poindexter began her entertainment journey as a fifty-one year old, untrained talent. Working hard and praying even harder to find her place in the entertainment industry, within four years she became a 9x Award Winning Screenwriter and 3x Award Winner Filmmaker. Her very first screenplay “Choose This Day” loosely based on her life, has won the prestigious 2020 GLOWIE Award from the Baltimore Next Media Web-Fest; home of the GLOWIE. CTD was also a semi finalist in the Red Flight Pictures Awards, chosen among the top 250 screenplays out of 3,500 submissions. Laura also holds the title of “Screenwriter of The Year” (2020) from the International Christian Film and Music Festival. With a desire to become more well rounded, she has earned multiple industry credits in casting, directing, producing and location scout. Her work as an actress can be seen on Netflix, Amazon Prime, Youtube and Kweli TV.

​ Laura has overcome a lot. After the death of her mother when she was just six years old, Laura suffered with undiagnosed PTSD. Unable to deal with the loss of her mother she began using drugs at the age of fourteen. As a result she dropped out of high school, lost her scholarship from The Dance Theater of Harlem and would continue to spiral downward for seven years.

Eventually regaining her humanity she would remerge as a Health & Human Services Professional and for twenty-three years she would passionately work to improve the lives of others in her community. She turned her pain into purpose by working to change the socioeconomic conditions of many underserved demographics. Over the years Laura has worked for Drug Court, the Veterans Administration and Site Supervisor for Johns Hopkins Center for Social Concern.

Laura had always wanted to be a creative, but many years had passed and she dismissed her childhood ambitions. Considering herself blessed to have survived her life, she found contentment in what it was and did not dwell on what it could have been. However, in 2008 life showed up again and she would loose everything in the economic crash of 2008. Laura was no stranger to adversity, but this experience was spiritually different. By 2013 she was mentally, spiritually and financially bankrupt and experienced debilitating depression. One day while laying on the floor vanquished and contemplating suicide; she began to rant to God. Asking Him quite bluntly, what he wanted her to do. God answered her with one simple question; WRITE.

Meet Laura “TheSoulWriter” Poindexter. Homegirl is the real deal. People in the industry respect her honesty, hustle and talent. When working with Laura, expect to laugh and have a good time, but don’t get it twisted; when it comes to getting the job done, Laura is all business. Her resourcefulness, dedication, commitment and fearless attitude is what sets her apart from the competition. Her willingness to share what she knows is a gift from God. Her willingness to learn, has opened so many doors. Laura states “Of all the things I have accomplished in my life, my biggest accomplishment is being an inspiration to others”

Laura is located in Atlanta, GA. and provides a number of creative services, including but not limited to: Film Production, Project Coordinator, Location Scout, Film Administrative Services, Acting Lessons for novice actors and other creative services as needed. Please visit her website:  www.ufproductions.biz

Daniel Pandolph, the Tony Stark of Virtual Assistants, is Changing how Churches Do Ministry 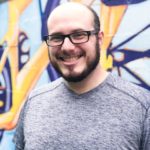