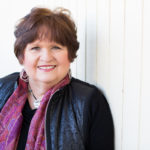 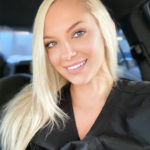 Today we’d like to introduce you to Marley Desinord.

I am a 12-year-old Dj from Pompano beach Florida. I began DJing when I was seven years old. The reason I became interested in DJing was I would go to Miami dolphin games with my father. Before the games would start, we would tailgate with his friends. I began noticing people out there with DJ equipment playing music. These guys would be playing music in front of hundreds of people. These people would be dancing and having a great time. I decided at that time at the age of seven that I wanted to do the same thing. So I remember begging my dad for a DJ controller and all the other equipment I would need to make this happen. At first, he was reluctant, but he eventually said ok. So I started making Instagram and Twitter videos of my mixes, and those videos finally caught the attention of Tom Garfinkel, CEO of the Miami Dolphins. At eight years old, he asked me to DJ a halftime show at dolphin stadium, and that’s what started my career. Since then, I have worked with DJ Khaled, the Black Eyed Peas, and numerous other artists around the country. I have also worked with a lot of excellent brands like Puma, KidsFootLocker, and Microsoft. To this day, I also DJ regularly at Miami Heat games.

One of the significant challenges I faced when I first started learning how to DJ was that neither my father nor I knew how to DJ. So I had to, at an early age, look at a whole lot of YouTube videos on DJing. My dad would sit with me and help me understand many videos. I was too young to understand many of the concepts they were showing, so he would explain and learn with me. After a while, he also paid for some courses that helped me learn how to DJ. COVID-19 also presented a significant problem early on because it stopped all the events and shows I was lined up to perform at.

One of the things that separate me from the competition is the fact that I listened to a lot of 90s hip-hop before I even started DJing, so naturally, when I started DJing, that was the music I would mix first. I started getting a lot of attention from many older adults who grew up with that type of music when they were younger. 90s music also caught the attention of Tom Garfunkel, the CEO of the Miami Dolphins. He is the person that first allowed me to DJ on a significant stage. And when I did my show at dolphin stadium in August 2018, I played many of the old mixes from the 90s.
Another thing that separates me from my competition is that I use a turntable majority of the time I’m DJing. I rarely use controllers. I love the old vinyl and scratching of records. I see a lot of DJs out there who are around my age who love using controllers, and while there’s nothing wrong with that, turn tables are better.

The best advice I would give readers is don’t do something just to be famous. do what you’re doing because you love it. The reason I say that is because there are times when you’re doing something you may not love and you hit rough times, you might quit. So even during the time when a lot of things were not happening for me during Covid, I was still DJing at home practicing making mixes in front of my little brother and sister while having a blast.

I want to be recognized as one of the best young DJs in the world. I don’t consider its success as having a lot of money or notoriety. It’s funny, sometimes I’ll make a video, and I’ll get thousands and thousands of likes on it, and the video that means the most to me is to see will be one where I see my peers in the DJ business. That particular post may not even have a lot of engagement, but it doesn’t matter to me.

I want to keep making music. I also want to keep traveling around the country like I’ve been doing this past summer. I’ve had the opportunity to go to different cities around the country and DJ in front of crowds. I’ve done events in Birmingham, Alabama, Atlanta, Georgia, Los Angeles, and New York City. I’ve also started practicing scratching more. I want to be recognized as one of the world’s best young DJs in the world. I also want to continue working with girls makes beats, a company that introduces young girls to the music industry. The reason that’s important to me is that 2.6% of music producers are female. That is an alarmingly low rate. I want to help raise that number. I want to show little girls like me that it’s possible to have a career in the music industry and that they shouldn’t be afraid of potential roadblocks.

Stand Up! Speak Up! Your Voice Needs to be Heard!