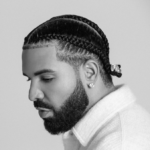 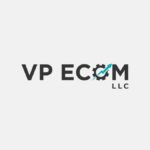 Meet the “Social Media Plug” Nicholas Murray. The Poughkeepsie, New York native has been a leading figure in helping a community of over 20,000+ individuals grow their online presence and reach their business goals. He helps individuals and businesses increase their credibility and online presence through algorithmic marketing through various social media outlets.

His relationships over-profit mantra separates Nicholas Murray from other social media agents. Murray makes it a priority to build genuine relationships with all his clients so that regardless of the duration of their business, they will have a genuine connection that will last a lifetime. His natural-born ambition and extraordinary work ethic also supersede the other 99% of other social media gurus.

Aside from financial gain and notoriety, Murray credits his greatest success as overcoming the negativity thrown his way for not taking the traditional route by going to college, working a 9-5 job, and retiring at 65. When Murray dropped out of college, he had an abundance of doubters trying to force their own limiting beliefs onto him. Many told him he wouldn’t be able to do anything productive without a college degree and constantly tried to tear down his dreams. After a few years of grinding and building his name, those same people now come to him, stating how proud they are of him.

Nicholas Murray states that to be a successful entrepreneur, you must have an extreme amount of self-discipline. Murray says, “It isn’t a pretty process and oftentimes is very boring. But you must be willing to do the same thing repeatedly and know that this is the right thing to do even if you don’t see any results.”

He also states that “You also need an almost delusional belief in yourself and your abilities. He believes that if you do those two things over an extended period, your chances of success are exponentially higher than most. It knows you will succeed no matter what and act like you already have.”

Nicholas Murray’s biggest inspiration behind his success is his parents, who sacrificed so much for him throughout his life and motivated him to chase his dreams. His parents taught him the true meaning of what it means to work hard to achieve the success he desired. He plans to return the favor for a lifetime of support by working to make sure his parents never have to lift a finger again and enjoy the life they deserve.

Murray advises young entrepreneurs to enjoy achieving all of their goals. “The man who loves walking will always walk further than the man who loves the destination.” He wants the youth to be consistent on their road to success but thankful for every moment because those moments help define who they will become. Make sure to keep up with Nick Murray by following him on Instagram here.

Creating a Business in Ecommerce with Mark Porter and Daniel Vaught