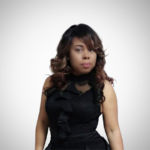 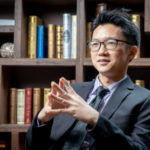 Today we’d like to introduce you to Royal Tanis.

Meet Royal Tanis aka Relentless Royal: A twenty five year old underdog who plowed through the walls of adversity to create a clear path to the launching of his dreams. Royal grew up in a very harsh environment as a child. He was a former special education student, living in a single parent home, grew up in poverty, surrounded by violence, abused intimately, verbally and physically. Royal was labeled to be the least likely to succeed according to statistics. Years later, with the right (relentless) attitude, Royal chose to persevere and became a successful anomaly. Royal didn’t become a successful anomaly by luck. Royal mastered what he calls, “The Art Of Squeezing The Good Out Of Every Bad Situation.” Now Royal is going global, as he is showing and telling our youth how to squeeze the good out of every bad situation through his comic book, children’s books, catchy songs, toys, clothing line, mentorship programs, community outreaches, and his creative motivational speeches.

Life has literally tried to make Relentless Royal tap out plenty of times, but he refused to give up. Royal’s childhood consist of abandonment, rejection, health challenges, poverty, and the list continues. Most of Royal’s hurt originated from what was supposed to be his safe haven, his parents. Royal’s dad left him and his twin sister when they were young; Royal’s mom treated him and his sister in a very unfair and traumatizing way. Although him and his mother didn’t have the best relationship, he still loved her beyond the hurt she put him through. Unfortunately, on October 10th, 2013, at 5:17 in the afternoon, Royal’s mom passed away from stage four heart and kidney failure. On her deathbed, she told Royal that she was sorry for the way she mistreated him, as she gasped for air taking her few last breaths.At that moment, Royal forgave her, kissing her forehead, as life slowly slipped away from her. Royal made a promise to her before she transitioned. He said “Ma, I promise you I’m going to be successful.” She responded, “Yes you will be, but by the grace of God.” On that day, Royal’s promise to his mother was activated. The promise that he made to his mom was and is, one of the main sources of fuel he uses to obtain his goal. On Wednesday, November 4th, 2020, at approximately 6:34 am, Royal was involved in a house fire. Royal caught on fire and was severely burned on his face, arms and legs.

Relentless Royal has been a public speaker for nearly seven years. Royal helps students to overcome the traumas of their lives. Royal shares his key principles he used to heal from the pain of his past when he speaks at schools. His key methods to heal from trauma and obtain life goals is simply amazing and creative. Students have found Royal’s speeches life changing. Royal is the CEO Royal Remnant, Inc. Services: Motivational Speaking, Social Emotional Learning Mentorship Program, Fire Safety Program (for grades: 6th – 12). Royal Remnant is a product of Relentless Royal squeezing the good out of every bad situation in his life. Royal Remnant, is committed to empowering the youth, our future leaders, particularly those who are rejected, discouraged, uncertain and victimized. Royal Remnant is driven to help young people tap into their creative abilities and optimize their struggles as an advantage to succeed in life. Their workshops are designed to give youth a lens to see their potential and obstacles in a positive way. Royal Remnant is determined to help our youth PROVE statistics wrong. Here’s some more details about Royal Remnant’s SEL (Social Emotional Learning) Extension Program. This Project-Based Program is designed to mentor students to overcome daily obstacles in their lives through art, motivation and storytelling. We’ve developed strategic lessons to help our youth overcome life obstacles. Royal Remnant has serviced many NYC schools and Long Island schools. Royal Remnant’s new website is underway!

In Royal’s opinion, if you desire to be successful… be a teapot that pours. True success is in serving humanity. During Royal’s time of meditation, he had a vision of a red cup. The cup was full and he saw a larger tea pot pouring into a smaller one. He wondered what the meaning was behind this vision and then it clicked… Life is more than just existing. Life is more than just making a living. Life is more than us trying to make our names great, for our sake. Royal lives by the following statement, life is about evolving and maturing to eventually pour into others (inspire/give/serve/build/teach/love). Life is about intentionally preparing a solid foundation for our leaders of tomorrow to build upon. Life is about spreading positivity in a world that desperately needs it. This is The Tea Pot Concept by Royal Tanis

Royal wants to leave multiple blueprints after he is gone, to help lead generations in a positive path through his creativity and faith.

Royal is currently preparing to go on a motivational speaking tour. The name of his tour is, Relentless Royal Unleashed! Royal is in the process of creating his 7th children’s book. So he is super excited about that!

2. My Future Is Going To Be Great: Self Worth

3. My Dear Friend From Up Above: Cancer Awareness

5. I Can Do Anything: Confidence Booster

6. Davie The Warrior: Faith Based

These books are
available on iBook, Amazon, Barnes & Noble and www.Xlibris.com

The Generational Chain Breaker of Finances, This Woman Is Teaching People How To Secure A Bag