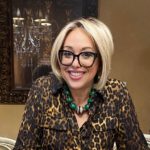 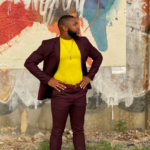 Today we’d like to introduce you to Movita Johnson Harrell.

Growing up in Philadelphia was difficult. I come from generations of poverty and addiction. I saw my father murdered when I was eight years old and I lost my only brother to homicide in 1991. I am a child survivor of molestation and an adult survivor of rape. My life changed for the better when I got clean from drugs and alcohol in 1994. I was able to go to school as an adult student and become very successful, giving my four children the kind of life that I wanted as a child. I was able to travel the world living beyond my wildest dreams, until 2011. On January 13th, 2011, my youngest child, Charles was killed in a case of mistaken identity. My life was devasted. In that moment I had to make a decision between dying or making a difference in the lives of others. We organically created The CHARLES (Creating Healthy Alternatives Results in Less Emotional Suffering) and began to create and participate in prevention initiatives to save black and brown men on both sides of the gun. I soon became exhausted with begging elected officials to do something about the disinvestment in communities of color and the gun violence epidemic, so I ran for office and in March of 2019 I made history being elected the first Muslim woman to hold a seat in the Pennsylvania legislature. Tragedy struck again when my son Donte’ was killed in 2021 and again I did not die. I fought.

Not only have I had to overcome addiction and mental health issues by learning to survive depression and post traumatic stress disorder, I have also had to face hate and discrimination being a triple threat, a Black Muslim Woman. I have had to fight institutions that profit from gun violence and incarceration and the continued marginalization of black and brown communities. This made me a target because gun violence and prisons are very profitable businesses. I was even targeted for prosecution, a modern-day lynching because as a political leader I became a threat to the status quo in Philadelphia. In December of 2019 I was forced to resign from office and to take a plea deal to protect my family from prosecution. And as if that weren’t enough, on top of that I was silenced. I was gagged and could not publicly defend myself and my reputation against the allegations, all because I wanted to stop black and brown men from dying.

I speak internationally to motivate people to move beyond boundaries that keep them stagnated and that prevents them from being self-actualized and successful. I have learned how to overcome life’s challenges, even some of the most devastating challenges that would have broken someone else. I have taught people about the process of transformation and how to knock down the obstacles in their lives and to live in their power and purpose. I am unique because I have both the personal experience of pain and success and the educational background of social work to move people into action. Many can resonate with my lived experience of domestic violence, addiction, sexual abuse, and losing people I love from gun violence which in turn allows them to understand that they are not alone and that they too can ascend, to rise above the negative circumstances in their lives to live their best life. There is purpose in pain.

The best advice that I could give someone seeking success is to first surround yourself with people that are in the spaces that you wish to occupy. If you are the smartest person in your circle, you are not in a circle, you are in the wrong circle. Secondly, set goals. Set big goals. The only thing that limits us and our ability to have what we want is our inability to dream big!! Then envision the steps that you will need to take that will get you to where you want to be. These are the objectives that will make your dreams a reality. Lastly position yourself to accomplish each objective that will move you toward your goal, and make sure that your circle is the catalyst to help you ascend.

Many times, we associate material wealth and prosperous lifestyles as success. I am not knocking nice things. I like nice things but to me success means peace. Success means being able to do what you want when you want but more importantly being able to live with peace and serenity in your life.

2023 proves to be an exciting year as I am being featured on the “Black Authors Matter” international book tour with my memoir
“Phoenix Ascending: My Rise From the Ashes”. “Murders That Matter” is a documentary following my activism to protect black and brown sons by filmmaker Marco Williams. The documentary will premiere in the spring. My podcast “Motivation with MOVITA” will be premiering featuring criminal justice reformist district attorney Larry Krasner and civil rights activist Shaun King. Also the second installment of my memoir “Phoenix Ascending: Inferno” is scheduled for release April 2023. I am also very excited that I will be going to Sierra Leone to get my African citizenship.