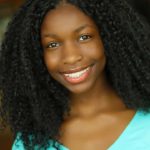 Nydia London is absolutely making a name for herself.  Hailing from the Show Me State, this Saint Louis Queen is putting her talent out there and running her team with the best.  With her newest single “On Gawd” catching on at local showcases in the city, it’s also playing with major air-time on a few international stations, and most recently 96.5 FM Rap City Chicago.  With her eye -catching attire and fashion sense, to her crowd control, Nydia London is gaining new and repeat fans on the daily.  Her beat selection and lyrics marry hand in hand, thanks to the direction of her engineer/producer Chuckii Redboi Bee.  Fans in the crowd have been known to rap along with her chorus to “On Gawd” as well.  With her music streaming and hitting 20,000 streams already, make sure you go tune in and follow her!