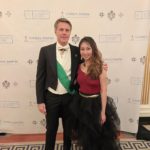 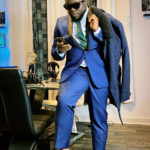 In today’s article, we will look at the journey of Brennan Schlagbaum and his wife Erin, who have successfully achieved financial freedom by paying off over $300,000 in debt and building a successful financial education business. Brennan has been able to use his education, hard work, and innovative approach to turn his life around despite facing numerous personal struggles, mainly related to the health of their one-year-old daughter Logan.

Brennan graduated with a double major in finance and accounting from the University of Louisville in 2014. However, after graduation, he faced significant expenses and no immediate income. He had to live at home and keep his day-to-day costs low until he started his Deloitte CPA job eight months after graduation.

Brennan and Erin took on even more debt when they purchased a $233,700 home. Despite their challenges, they refused to give up and began educating themselves on personal finance. They turned to Google, YouTube, and books to learn about budgeting, saving, and investing. This led to the creation of their business, Budgetdog in 2019, which began as an Instagram account providing finance advice from a dog’s perspective. Today, Budgetdog has grown into a company that brings in up to $100,000+ a month through client consultations, courses, book sales, and promotional and affiliate revenue.

The Schlagbaums’ journey to financial freedom has been impressive and inspiring. They paid off more than $300,000 in debt, including student loans, cars, and an engagement ring, by negotiating raises at work, earning extra income on the side, and starting a successful company called Budgetdog. In addition to helping others improve their financial well-being, Budgetdog has been a significant source of income for the Schlagbaums and played a crucial role in their ability to pay off their debts and achieve financial freedom.

Brennan and Erin’s approach to budgeting and personal finance is unique and innovative. They created a budget and balance sheet, which they used to track their expenses and income. They also used amortization schedules to ensure they made the most of their money. This helped them get organized and only took about 30 minutes per month. They also avoided lifestyle inflation and stayed in their lane, which meant not comparing themselves to others and not spending money on things they did not need.

The Schlagbaums have achieved a lot in the past five years. They paid off a mortgage, Brennan’s student loans, two cars, an engagement ring, and a bed, totaling more than $300,000 of debt. They recently achieved millionaire status, including their home, retirement accounts, and other investments. However, the couple’s most significant success has been caring for their daughter Logan, who has been diagnosed with Dravet syndrome, a rare and severe form of epilepsy. They could afford and access specialized medical treatment for their daughter, which required them to fly across the country to Dallas-Fort Worth, which was only possible with financial freedom.

One of the critical lessons Brennan and Erin have learned is the importance of having a plan and sticking to it. Without a plan, they were spinning their wheels and not making any progress. They also learned the importance of avoiding lifestyle inflation and staying in their lane.

Brennan Schlagbaum and his wife Erin have achieved an impressive and inspiring journey to financial freedom. They achieved millionaire status through budgeting, saving, and investing and afforded specialized medical treatment for their daughter. The Schlagbaums’ journey inspires others to take control of their finances, have a plan, and stick to it, while also avoiding lifestyle inflation and staying in their lane.