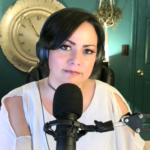 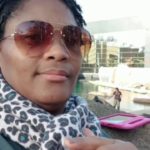 Matt Barnes is executive producing a new film anthology he created with Award Winning Film Director and television producer Joslyn Rose Lyons for 1019 Pictures (R)EVOLUTION. The series explores the evolution of the athlete, and their revolutionary work beyond sports. Episode one features powerful in-depth interviews with Matt Barnes, Stephen Jackson, and Ice Cube and is slated for release Spring 2022 with 1091 Pictures.

“We are proud to partner with Joslyn Rose Lyons and Matt Barnes. Not only does Joslyn’s talent as a filmmaker speak for itself, she is a great mentor to young women and girls who are interested in the film industry. And, personally knowing Matt as well, I know how much his peers and current NBA players respect and admire him, not only as a professional but as a role model, and a great father. Having visibility into his various identities is rare, and we feel that (R)evolution. It will be a great platform to showcase Matt, and other professional athletes in a manner that hasn’t been done before.” Greg Maurice, Director Of Content Acquisition 1091 Pictures