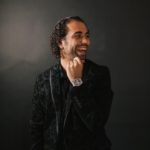 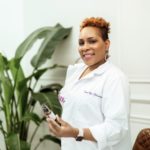 Silverio Lozada Premieres “Volver” and Establishes Himself as a Soloist

On the one hand, Lozada with extensive experience in the world of composition for mainstream artists and on the other, a young man who promises to solo with his llanera fusion musical proposal.

In “Volver” Silverio and Isra mix a modern, vital, contagious, genuine and very particular sound, which broadly defines the musical currents with which they identify themselves, fusing elements of Pop, Rock and R&B with Venezuelan Folk music.
After the success of his first single “Always on my mind”, Silverio Lozada surprises with “Volver” which is now available on all digital platforms. You can enjoy this single at https://open.spotify.com/artist/0XkHdcTixcA6Wpwf6xyGHW #login

With this project as a soloist Silverio Lozada seeks to establish himself in the world of music as a singer, since his success has been as a composer, producer and arranger. He has won a Latin Grammy for the song “Tócamela” by the Invisible Friends in 2019, in addition to 4 other nominations, 1 Lo Nuestro Award, 3-time ASCAP winner and several number 1s on the Billboard with songs such as “Duele el corazón ” (Enrique Iglesias), “Aullando” (Wisin y Yandel) and “Me pasé” (Enrique Iglesias feat. Farruko)

Kevin Windham: From Lyft Driver To Self Made Entrepreneur!