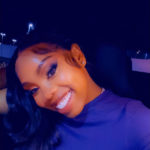 Slicker 1 The Dancehall King Making Waves From Down Under Australia

Today we’d like to introduce you to Farai Larry Makombe.

I was born and raised in the streets of Highfields, proudly one of the places that a lot of prominent musicians hail from in Harare, Zimbabwe. I went to Australia to study at Univesity at the age of 18. This is when things quickly started to shape up and take direction as I met a few friends who were also very passionate about making music. We quickly formed a group that was named Rich Over the Leaf that later changed to Dark Spaid. The crew was unfortunately involved in some illegal activities such as selling drugs for survival and one of the members got arrested and jailed for cocaine trafficking. Shortly after this one his friends committed suicide, it was later discovered that he suffered from depression and had some mental health issues that he was secretly battling. This is when Slicker put his head down to really focus and try to take his God given talents as well as his street knowledge and set out to pave a career for himself. Around 2015 Slicker started his solo career as a reggae dancehall artist and quickly became a household name, then he also started his own clothing brand Tora Mari Boiz/Girlz which was endorsed by big superstars like Beenie Man, Sean Paul, Bracket, Soul Jah Love and Freeman. Since then he has done 2 tours in Dubai, Zimbabwe and Australia. He has released 2 albums called Culture Shocked & Happy Life . He has collaborated with many international superstars like.

At first it was language barriers and the difference in cultures. I started out writing in my mother toungue so people who are not from Zimbabwe could not understand or get my message at all. Secondly finding radio stations that would play my music constantly as well as getting sponsorships to help with funding for projects. As an independent artist or label there is a lot of money that goes into production so that was a major challenge to have money for production and music videos. I quickly learnt that having a home studio would come in handy to avoid studio fees, it meant that we only had to worry about the post production costs.

Slicker specialises in Dancehall and is by far the most energetic artist out there, he also knows how to keep the audience engaged throughout the performance set . He has invested time in mastering the way he performs and really gives more than 100% every time he gets on the stage.

Work hard everyday towards your dream or goals, be overly dedicated with a serious work ethic to do whatever it is going to take for you to achieve your goals, you also need to believe in yourself and have faith that the dots are going to connect.

Success can be achieved when you try your best in all aspects of everything you do, even if that doesn’t lead to big results. If you’ve done your best, you should feel proud of your efforts.If you know where you’re heading, that is a success in itself, even if you don’t ultimately arrive to the planned destination.

Working on heaps of new material, always. Launching a few new singles and collaborations, followed by an Ep or Album I haven’t decided yet. This December I have a concert scheduled for the 3rd at the same sold out venue where we launched the Happy Life Album. Have a few new music videos and animations on the way as well

From Pain To Comfort