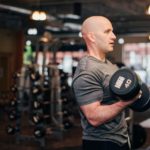 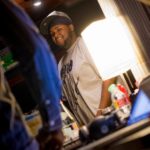 Today we’d like to introduce you to Daniece Wade.

When I was a child, I never made friends easily. This was imparted due to my shy nature and introverted personality. Being an introvert was challenging at times. I often preferred to be quiet or alone most of the time. Compared to my twin sister, I usually came across as distant, aloof, or even antisocial to other children that were around my age, especially those that were more extroverted in nature. However, that all changed when I decided to pick up sports. Engaging in different athletic activities has been important for more than just physical fitness for me. Playing sports meant being part of a team and allowed me to build skills in a whole range of areas. I was able to build relationships, giving me the opportunity to spend time making friends, bond over our experiences, work hard together, and compete in a healthy way against each other. Participating in sports also increased my self-confidence, which gave me the fortitude to try out for other extracurricular activities. I was able to be a part of multiple pageants, musicals, and plays which ignited my interest to pursue a career in acting.

Beginning a new career in the entertainment industry can be very difficult and stressful at times. Being a younger woman, I have dealt with my fair share of obstacles. Besides the field being highly competitive you also have to worry about sexism, ageism, and sexual harassment. Not only was I constantly having to worry about those particular challenges, but I also had to deal with companies taking advantage of me. Some entertainment professionals paint a picture that breaking into the entertainment industry is easier than it actually is to score clients. I’ve had to put up with agents, managers, and companies who charged me thousands of dollars for their services with the promise of escorting me directly to stardom as an actress. I ended up paying lots of money with little to no results. It got to the point where I was down to my last fifteen dollars and needed to use my rent money to keep up with the payments I was making. At that point, I realized that I wasn’t working with the type of people that were going to take me seriously. I thought back to all the times that I had competed with a women’s basketball team that I played on, and remembered what it felt like to be surrounded by people who had the same mindset and wanted to work hard to achieve the same goal. Over the past year, I joined a company called ActorsJumpstart. Within the first few months of working with the

Even though I’m fairly new to the industry, I am driven and not afraid of failure. Years of playing sports such as basketball, track, and various individual and team sports have made me resilient. Like many athletes, I haven’t won every single competition that I have competed in. However, I can attest to the fact that I have learned a lot more from my losses than my wins. After a loss, I would feel compelled to train harder and concentrate on my next game, match, or meet. Every time I was knocked down I wouldn’t let myself stay down. I apply the same mentality to my acting career. Even though I face rejection and uncertainty, I refuse to let that stop me from pursuing my career.

One piece of advice I would give would be to take the time to do things the right way. If someone tries to sell you a dream that sounds too good to be true it probably is. Don’t be afraid to work hard and put yourself out there. Understand that rejection is always a possibility, but you shouldn’t let it hold you back. If you continue to work on yourself and treat people with respect, you will eventually attract the type of people in your life with the same work ethic and values that you hold.

I believe someone has reached success when they can look at their life and be proud of who and where they are. I think being able to reach your goals and help others do the same shows that you have made a positive contribution to the world. Throughout my life, I have had many people doubt my capabilities. Whether it was because I was a female pursuing athletics or a young minority trying to get hired by a big four accounting firm. In both cases, I am glad to say that I was able to prove my naysayers wrong. Going forward I would like to do the same with acting and encourage anyone who may have self-doubt to be ambitious and not let fear hold them back from finding their success.

I want to focus on continuing to work on my craft. I understand that because I am new to the entertainment industry, there is a lot that I do not know and will need to learn. I currently have a website that showcases my current abilities.