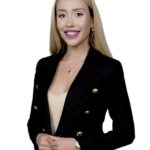 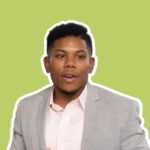 Steven McCoy, CEO of Spoken Entertainment, Producer of “Sessions with Steven”, a Disney Alumni and New Jersey’s rising superstar. 2022 has been one for the books for Mr. McCoy as he broke history as he was just named “The First Black Deaf/Blind Journalist in the United States”. Steven stated in an interview “It’s been a little over a decade and at times it still feels like day one (laughs) everyday is something new. It’s been a long journey.”

Steven has currently been on a motivational speaking tour, a live experience of his show “Sessions with Steven”. Steven serves on the board of Eyes Like Mines Inc., Usher Syndrome Coalition and has recently become the Brand Ambassador for Fighting Blindness “Share Your Vision” campaign which was released during Blindness Awareness Month. Steven is currently in Event Leadership for Foundation Fighting Blindness for their “Taste for Sight” event. The event will include an enjoyable selection of wine, beer, spirits and surprise performances in support of the mission of the Foundation Fighting Blindness to find treatments and cures for blinding retinal diseases. He says “You don’t have to be blind to attend just a vision for life!” The event will be on Wednesday, December 7, 2022 at The Legacy Castle in Pompton Plains, NJ.  Those can log onto Give.FightingBlindness.org/NJTasteForSight to find out how to attend or support the event.

You can catch Steven McCoy alongside Author and Psychotherapist Rebecca Alexander on Monday, December 12, 2022 at 5pm-8pm a public event at the Joseph B. Martin Conference Center in Boston, MA (produced by Usher Syndrome Society) “This is Ush : An Evening of Conversation” to discuss the many facets of living with Usher Syndrome. The event will be moderated by Media Host and Consultant Danita Chantel.

A Fulfilled Path to Success