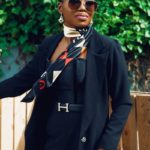 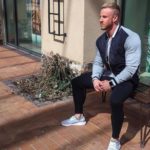 Talented Indie Actor, Writer and Director, Robert L Butler Jr Is on the Rise! Diversity at Its Best!

Today we’d like to introduce you to Robert Louis Butler Jr.

I am an award winning indie actor, writer, editor, producer and director. I have won a total of 168 awards and 102 nominations for my indie films. Hard work, desire, determination and the desire to achieve my childhood dreams is what got me to where I am today. I also credit the talented cast and crew that have helped me bring all my projects to life. Without any of them, believing in me and my work, none of this would have been possible! Teamworkmakesthedreamwork is something I always say and truly believe.

Challenges I had to overcome was finding people who had the same desire as I had to make a good film. Some talk a good game but then when it was time to get to work, they didn’t take their job seriously. Lackadaisical work ethic and not being professional almost ruined my project. I stayed focused on the big picture and pushed through and project was completed, even though it could have been much better, but it was a lesson learned.

I am actor, writer, producer and director. My content I create is original and entertaining. I hate remakes and feel as writers it’s our job to entertain our audience. Give the people what they want, fresh and exciting content. I feel I have done that with all of my films , most notably, my award winning short film We Need to Talk, and my award winning first full feature film The Alliance which was a finalist at Cannes Screenplay Contest in Action/Adventure Competition. I also believe in diversity, and the women in my films have roles that are just as important as the men, something that is rarely scene especially in the genre on my films.

My best advice is to believe in yourself ! Don’t rely on anyone else to believe in you ! You will find that their are more people who will shun your for going after your dreams than those who will support you. I have had too many people tell me I am too old or I will never make it, I can write, my stuff is not good, etc. I just let all that negativity fuel my desire to prove them wrong! The more they hate the more I create !

Success to me, does not mean money or being a star. For me to have my first full feature film that I wrote, acted, edited, produced and directed, receive 149 awards and 89 nominations, and also secure a distribution, is more than I could ever image! I am still shocked that I go to Amazon Prime or Tubi TV and see my film on there. I did it for the love of story telling and was hoping to create something people would enjoy, that alone is success to me, having people say they liked my film, and when I approached actors and actresses about roles in the film and having them be excited to be apart of it after reading the script.

I am currently filming a sequel to my award winning film The Alliance called , The Alliance 2, The Hunt for Breeze! Once again, I have a great story, talented cast and crew! This film I am hoping will have the same success if not more that the first film. Screenplay for this film has already won 40 awards and 6 nominations! The whole cast and crew is very excited about this film and we can’t wait to complete it!