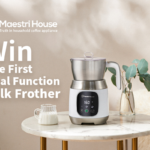 Playboi Blvck was raised in the streets of Worcester, Massachusetts, but grew up in Wilmington, NC.  Music has always been a passion of his, and actually got his artist alias name at an early age.

“I remember always walking through the streets as a kid, and everyone knew my mother and my uncle, so when they saw me, they always said what’s up Playboi, you gonna kill’em when you get older.”  That name Playboi stuck with him thru adulthood.   Ever since he joined the military in 2011, he has been going by his last name, so he decided to make it Playboi Blvck.  He never got a chance to invest in himself as much as he would like to, and recently realized nobody is going to bet on him if he doesn’t bet on himself.  He is all in with his music and says he is “just blessed to be able to be here, given this opportunity, and be able to make music others love and can relate to and have fun with.”