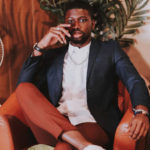 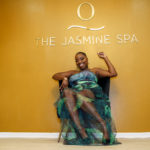 Truth About Power Of Music

Today we’d like to introduce you to Leoo Prince.

I grew up just outside of Kingston in a small suburb called Blue Mountain. Now every sabbath my grandmother use to take me to church. Now the best part of church was the singing for me, so I decided to join the choir and yes I did. When I saw how I loved music I went ahead and joined my school choir where I learn how to train my vocals and it was then I released it was no turning back for me when it comes to music. I strongly believe that music unlock our inner soul especially that part of our soul we never knew exist.

I can confidently say that success is just the beginning for most successful person. After high school I was labeled a Man which pushed me to start fending for my own. I was working with the security company in Kingston an after work I use to run robot taxi which in itself had its own repercussions. I was the taken to America legally by my dad that had clearly told me to figure it out and not come to his house. There I was In a big world not knowing the first place and first thing to do. The way how I was brought up was very strict and was told that manners could’ve taken me through the world. While going through all that I didn’t once lose sight of who I was and what I wanted to accomplish, and that was the moment I made the first step towards greatness. I know making a  difference in this world isn’t something that’s handed down so I started to work towards it.

Success can’t be bought, it also isn’t an overnight process or a dream. It’s hard work an dedication, meaning sweat, blood, tears and a lot of sacrifice that that is in the ballet that decide if you become successful or not. Everyday call Nayrobi stop there behind you pull over his face you know you brought the stuff like oh my god don’t want you running away call Colin can you put the stoplight there of wow

I’m life we human are not perfect and we will never be, but one thing is sure an is that striving to be a better person than who we were yesterday is the best piece of advice I would give to anyone. Music on the other hand gives us a purpose for living an it makes connection with our inner soul.

Personally, I look at success as a matter of hard work and dedication that includes sleepless night an long days with no sleep. Everyday will not be sunshine and rainbow but when it’s comes to success but staying true to the game and keeping all eyes on the prize is the best way to be successful

So I have just released a new single called FIRE by LEOO PRINCE it’s available on all platforms and the music video is currently on YouTube I also have a few artistd to collab with and I’m working hard to get a album I have published in the coming new year.

So people can reach out to me anytime on any of my social media accounts.