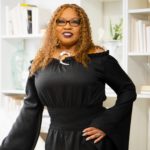 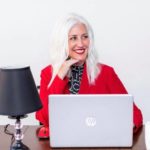 Today we’d like to introduce you to Lusene Donzo.

Donzo was not born into privilege; in fact, it is quite the opposite. Donzo was born in Liberia and later immigrated to the United States at a young age. He had to endure many hardships and face many tests before realizing his true path. With an entrepreneurial spirit in his heart, Donzo always wanted to have a business of his own. However, due to financial constraints, Donzo had to be the breadwinner for his family.

In 2012 Donzo joined G4S, a company in Virginia as a security officer. He used to do overnight shifts to help his single mother and siblings financially. He studied BS in computer science from Virginia state university. During his junior year, he ended up in a coma for 8 hours due to a grandmal seizures. He dislocated his shoulders in the process. In 2013 he was enlisted in the US Army, became an officer 2018 and had been serving since.

Lusene Donzo thrived in creating a community of trust and knowledge. He put out various courses and e-books, which led his consumers to become more financially literate. He did this for all his clients whose cards he was repairing. This led to his clients valuing him since he provided them with more than just a service. Lusene Donzo was not only working in the credit repair business; he was creating a whole new segment of customers. Ones that valued honesty.

This led to Donzo focusing more on credit consultancy. He found his true passion in the field and wanted to explore it more. He began polishing his skill more and presenting it to his students more effectively. In a short time, Donzo had created a large student base. A lot of people saw results with his course. Over 100 people said they had seen positive results taking Donzo’s course; he had saved them up to 1M on collection debts.

I created a community of trust and knowledge by publishing content that aided his clientele in becoming financially savvy. This boosted my value in the face of my clients whose credit scores I helped to repair. Having grown up in a household characterized by financial instability, I understood very well what it meant to have bad credit quickly learning until he became an ace at dealing with credit card debts.

I grew up in Monrovia, Liberia, and survived the civil war, and relocated to America 17 years ago as a refugee. However, this was not the end of my suffering. On October 20, 2016, I experienced a grand mal seizure and stayed 6 days in a coma which severely caused neurological damage associated with hypoxic brain injury and a grand mal seizure. However, that taught me a great life lesson that tomorrow is not promised, and as long as I am breathing, I should focus on pursuing my dreams no matter what.

I’m a bless man who, like any other, had to work really hard for his success. I grew up in the Philly area, later moving to Virginia, where I joined ROTC at Virginia State University and began pursuing my degree. That time was pretty rough. But out of the ashes rose one of today’s most successful businessmen – making this American dream come true right before your eyes!”

Today Lusene Donzo preaches his methods to help youth improve their creditworthiness and establish themselves in life. He also provides them with mental coaching through his various publications and books. The Lusene Donzo association utilizes a network of professional individuals to help improve the life quality of youth and help them figure out their way.

Here are the links
Ebooks