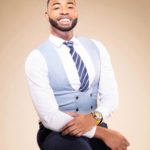 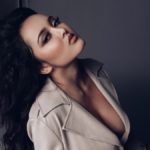 Today we’d like to introduce you to Sirdarius Rashod Benton.

It’s a pleasure speaking to you as well. I am Sirdarius Rashod Benton, but I simply go by Sirdarius Rashod as my stage and digital creator name. I am a native of Atlanta, GA where I lived pretty much all my life. I am a United States Military Veteran, Former Cop, Actor and Digital Creator.

I started my acting debut at the age of 12, where I did various stage plays in the Atlanta area. One play some of you might know was called “King of Glory” directed by Pamela Gardner and most recent Palmer Williams Jr. from Tyler Perry’s “House of Pain” and many more. My main role started out as “Boy Jesus”, but due to my amazing talents, I was then placed in other various roles and filling in for other actors if an emergency had came up. After several years doing this annual play, I then ventured off to webseries. The first web series, as the lead, I ever did was called “One Lonely Guy”, a sitcom of a young man named Maurice, that moved to a new city for work and encountered several types of strange and exciting neighbors.

In 2019, I tapped into the social media world and became viral sensation from dancing and acting in my Police/Sheriff Uniform which has opened up so many doors. Playing in the various roles and having these opportunities made me love and appreciate the craft of acting. From there, the rest is history!

Success never comes easy, and if it does, I never wanted it. One of the major challenges I had to face was being fired from my job. Back in 2021, we had a new Sheriff, the first black sheriff, to come into office. Now when he was running for Sheriff, I would go to all his events, support him, and he knew of me because of my viral videos on social media. But when he got into office, as soon as he got into office, I was brought in and was placed under investigation due to the fact that my videos were going viral still.

I was told to cease what I was doing because it was giving the Sheriff’s Office a bad name. That several people in the community were making complaints about my videos. Now mind you, I have been doing this since 2019, made videos with other law enforcement agencies in different states and all and never had a complaint until then but this was to be expected after finding out that I was well known in the community and the Sheriff was not.

After months of being investigated, I was then let go from the Sheriff’s Office. My first time being fired. I wasn’t upset or anything because I knew I was destined for greatness, but these are some of the challenges you will face when becoming successful. Jealousy, envy, hate, things of this nature, but keep pushing forward and let them watch from afar.

I am actor and digital creator. I create content that inspires, empowers and uplift people. I am all things positive and I love to have fun with everything I do. I try to involve my family and friends and I love to engage with my followers. If you are not laughing at some of the content I create, then you are either smiling or dancing, or just feeling feeling encouraged.

What separates me from others is the fact that I don’t treat myself any different that regular people on social media. I engage and speak to my followers all the time. Things like liking and commenting back under their comments goes a long way and I believe that’s one thing my followers love about me. I try to comment and engage with every single person.

If you desire to find success the key thing that you must never forget to do is to never give up. Never give up on your hopes and dreams. Never let someone tell you that you can’t. Accept every failure and learn from it. No matter how bad things may seem, or how dark things make get always remain positive. And last but not least my motto is “Manifest, Pray, Believe, and Work”.

Success to me is self achievement. To be proud of yourself no matter how little or big it is. Being successful doesn’t just mean fame and fortune. Become a celebrity and being filthy rich. Success can look like making it out of a bad neighborhood when the odds were against you. It can look like fighting cancer and overcoming it, raising great kids, having a great marriage and even getting over any additions or changing yourself for the better. Success is what you make it out to be!

I have a few projects coming up that I can’t really discuss right now, but I am in still growing a man and human being. Learning and relearning things about myself and applying positive things to my life. Becoming a better husband, a better father, a better friend. Constantly trying to perfect my craft as an actor and thinking of new material for content.

Speaking of, I will be doing a new series very soon across all of my platforms which is navigated to men that are struggling with past traumas, situations that we barely talk about that have affected us as men, and encouraging men to change their lives for the better of not just for their family and love ones, but for themselves. Teaching them how to forgive themselves and others so that they can live the life they always wanted.

If you want to learn more about me or just want to watch some of my content you can find me on Facebook, Instagram, and Tiktok by using @iam.sirdariusrashod. If you want to connect with me about speaking engagements, interviews, etc. I can be reached via email at sirdariusrashod@gmail.com.